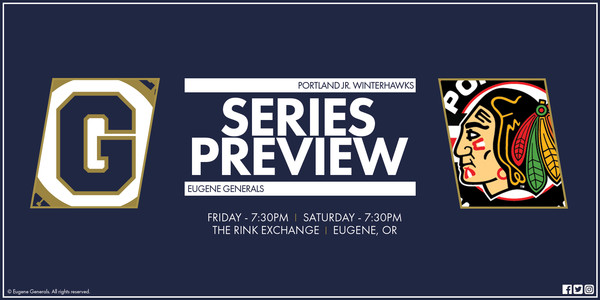 The Eugene Generals host the Portland Jr. Winterhawks in what will be the season's final series, a two-game set to be played Friday and Saturday night at The Rink Exchange in Eugene, Oregon.

This weekend's season-ending series will be the seventh and eighth times that the Generals have faced the Jr. Winterhawks during the 2018-19 season. Eugene will aim to split the season series against Portland with a sweep this weekend.

A number of Generals players will enter the weekend aiming to hit statistical milestones before the season's end. Team-leading scorer Jared Coday sits just two goals away from hitting 30 on the season while Cody Arbelovsky needs just four points to reach 40. Dakota Henn, recent winner of the James Franklin Evans Memorial Trophy, needs just two goals to reach 20 on the season. He's scored 11 goals in 14 games since the turn of the new year. 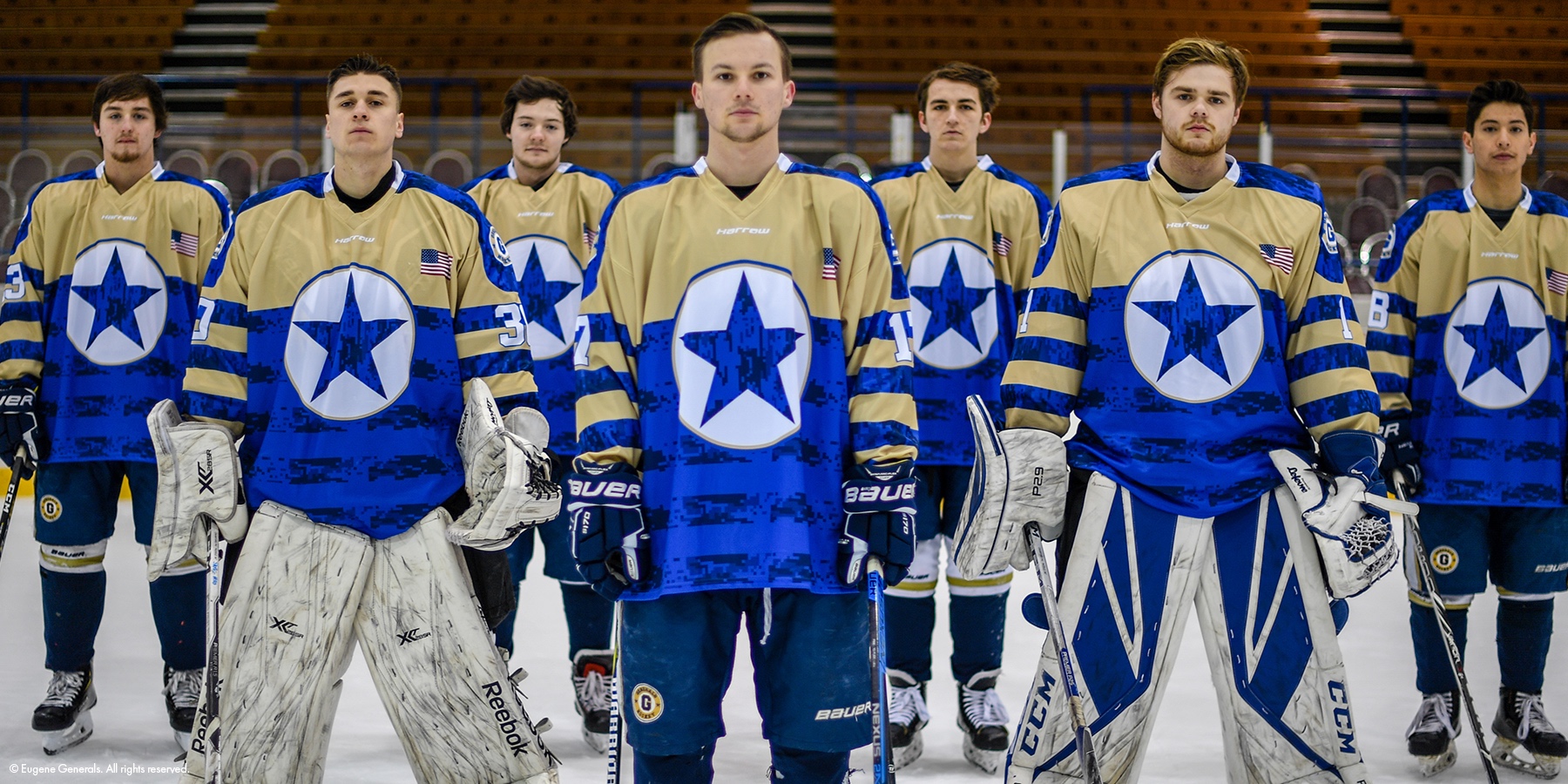 The Eugene Generals will wear the uniforms pictured above on Friday, March 15. you can place your bid on a game-worn Military Appreciation Jersey at EugeneGenerals.com/auction.

Game-worn Military Appreciation Night jerseys are available for purchase at EugeneGenerals.com/auction. The auction concludes on March 15 at 8:30pm PST.

On Saturday night, the Generals will honor the team's host families with a ceremony during the first intermission.

Both games are scheduled to start at 7:30pm PST and tickets are available online at EugeneGenerals.com.