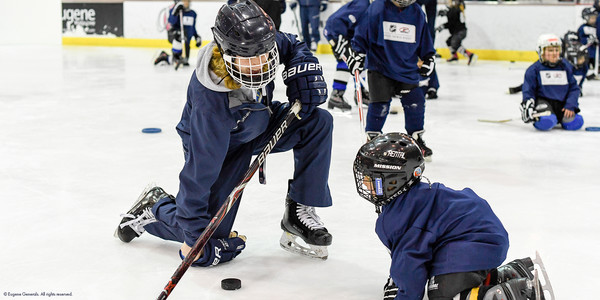 It was a memorable Saturday at The Rink Exchange. The first-ever Hockey Day in Eugene featured a jampacked schedule of events that welcomed in members of the community along with skaters of all ages and skill levels.

HDIE was highlighted by USA Hockey’s Try Hockey for Free, which welcomed in children ages 4-9 to experience hockey for the first time. The first THFF in November saw approximately 30 skaters, while Saturday featured 68 skaters, the highest attendance The Rink Exchange has ever had at THFF.

All Gens players and coaches were in attendance to provide instruction to the prospective skaters – and potential future Gens - in the community.

Eugene worked closely with the Lane Amateur Hockey Association (LAHA) – the host organization for the Jr. Generals – in coordinating the event.

Off the ice, things remained busy as well. The Gens hosted the 4th annual Eugene Generals Blood Drive, in partnership with Lane Bloodworks. Blood donations helped save 39 lives, with donors entered a raffle to win a Generals ‘zombie’ jersey worn on February 16 against the Oregon Ducks.

The day concluded with an exhibition between the Generals and Eugene Blues, a former semi-pro team that played out of The Rink Exchange. The Blues sent out a team that consisted of former players, members of the community, and players of the Rink Exchange Hockey League. 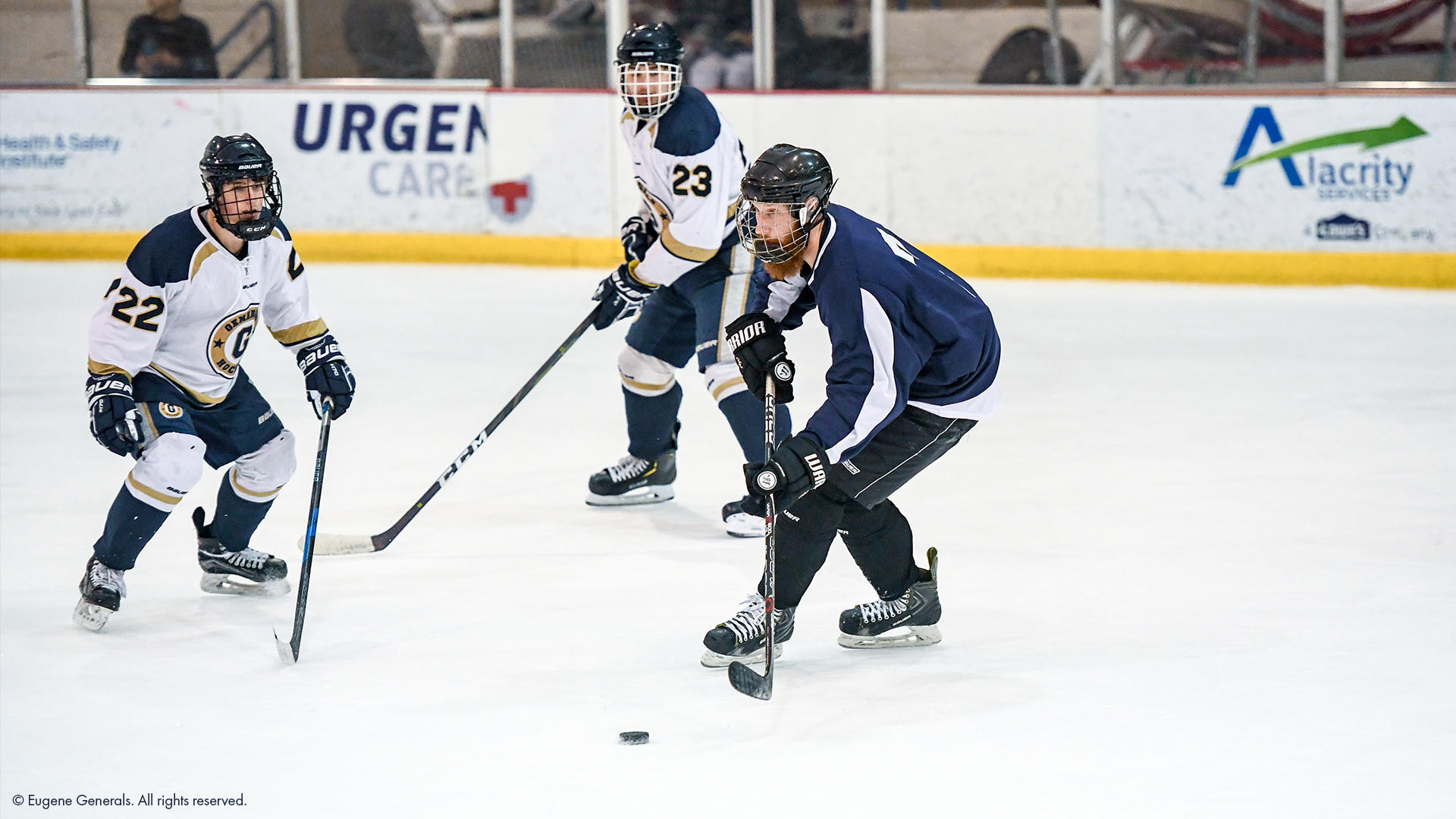 The Generals faced off against the Eugene Blues in an exhibition game on Saturday, February 23 at The Rink Exchange in Eugene, Oregon.

The Generals came away with a 2-1 win in the exhibition which featured three, 15-minute periods with a running clock.

It was a great celebration of hockey that saw a strong contingent of support in the crowd for the Blues, who were sporting original jerseys from when the Blues were active. Overall, it was a great atmosphere on hand that concluded a busy day at the rink.