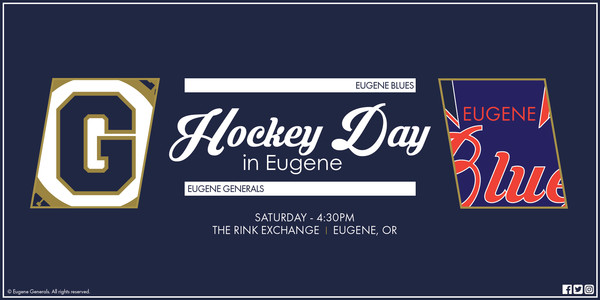 The Blues are back. The Eugene Generals will host the Eugene Blues in an exhibition game on Saturday, February 23 at 4:30pm PST in Eugene, Oregon as part of Hockey Day in Eugene, a day-long celebration of hockey at The Rink Exchange.

The Eugene Blues were formerly a semi-pro team that competed in the Northwest Hockey League. The current iteration of the Blues includes former players as well as members of Eugene's adult hockey community and the Rink Exchange Hockey League (RHL).

The first-ever meeting between the Gens and Blues will serve as one of the centerpieces of the first-ever Hockey Day in Eugene. HDIE will feature a busy slate of on-ice and off-ice events at The Rink Exchange, Lane County's home for all ice activities. Events include hockey classes, Jr. Generals games, Try Hockey For Free, and the Eugene Generals Blood Drive.

"The exhibition game between the Gens and Blues is an exciting and unique effort to further connect our junior program with the local adult hockey community that also calls The Rink Exchange home," said Generals GM Alex Stimson. "Many of our longtime volunteers and fans are members of the RHL or have skated here in the past, so this game - and, by extension, Hockey Day in Eugene - is a way for us to all get together, have fun, and celebrate this great game that has brought us all together."

Saturday's exhibition game between the Generals and Blues will feature three, 15-minute periods with a running clock.

Tickets to Saturday's game between the Generals and Blues are half-off regular prices - just $5 for general admission. Children under the age of five are free of charge.

Fans that donate blood at the Eugene Generals Blood Drive will also be automatically entered to win a one-of-a-kind Generals 'zombie' jersey, the same design that the team wore this past Saturday against the University of Oregon Ducks. 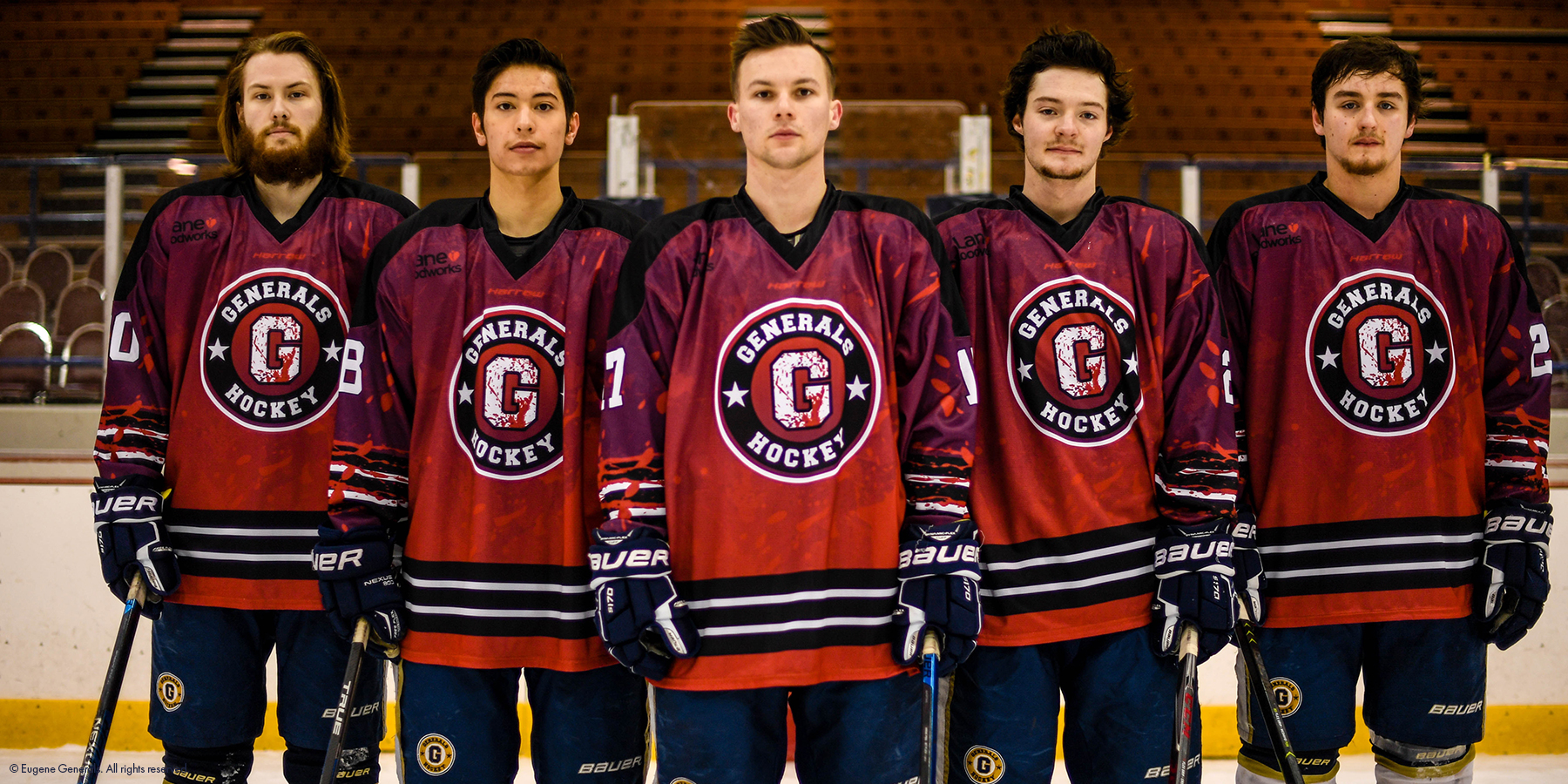 Fans that sign-up and donate blood at the 4th annual Eugene Generals Blood Drive will be entered to win a one-of-a-kind Generals 'zombie' jersey, shown above.

You can register a time to donate in advance by visiting LaneBloodCenter.org.

The Eugene Generals Hockey Network will provide a live, free stream of Saturday's exhibition game via YouTube Live. Remember to subscribe to the Eugene Generals on YouTube to stay up to date ahead of each EGHN broadcast.