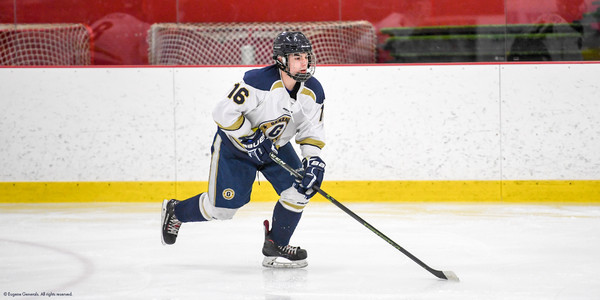 The Eugene Generals (6-13-0-0) dropped the final game of the NA3HL Showcase to the Willmar WarHawks (6-20-2-0) by a final score of 10-1 on Tuesday afternoon at the Schwan Super Rink in Blaine, Minnesota.

Fresh off a pair of frustrating losses over the previous two days, the Generals took the ice on Tuesday aiming to finish the franchise's first-ever appearance at the North American 3 Hockey League Showcase on a high note.

A potent WarHawks attack pt the Generals back on their heels early in the game, but Generals goaltender Carson Roisum made one highlight reel save after another to keep the game scoreless into the waning minutes of the period.

Willmar would be heard from before the break, though. The WarHawks took the game's first lead with just 76 seconds left in the period when Andrew Pitleck snuck a shot through traffic and past Roisum to put Willmar ahead entering the first intermission.

It became 2-0 early in the second period when Willmar's Elijah Slagter scored at the 3:58 mark, but Eugene would quickly respond. Less than two minutes after Slagter's tally, Generals second-year forward netted his second goal in as many days off a perfectly placed redirect thanks to a hard pass from the point from Dakota Henn.

However, the remainder of the game would belong to the WarHawks. Willmar would go on to score four more goals in the second and another four in the third period to ultimately earn a 10-1 win.

The conclusion of the NA3HL Showcase also marks the beginning of the winter break for the Generals players. The second half of the 2018-19 season resumes on January 4th and 5th with a two-game series against the Portland Jr. Winterhawks. Tickets are available online at EugeneGenerals.com.