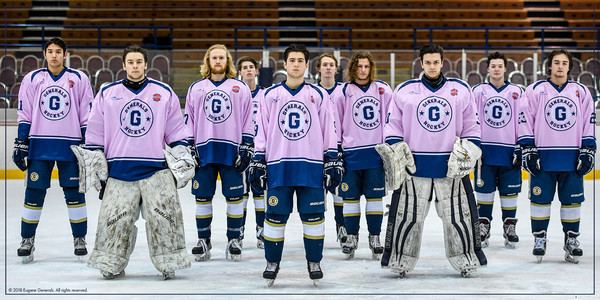 The Eugene Generals are proud to unveil the design for this year's Hockey Fights Cancer uniforms.

The uniforms will be worn during Friday's game against the University of Oregon Ducks to commemorate Hockey Fights Cancer Night, presented by the Health & Safety Institute (HSI).

In previous years, the Generals had made a history of hosting a breast cancer awareness promotional event each season. However, the team opted to expand the focus this year to encompass all forms of cancer that have tragically affected so many throughout the world. 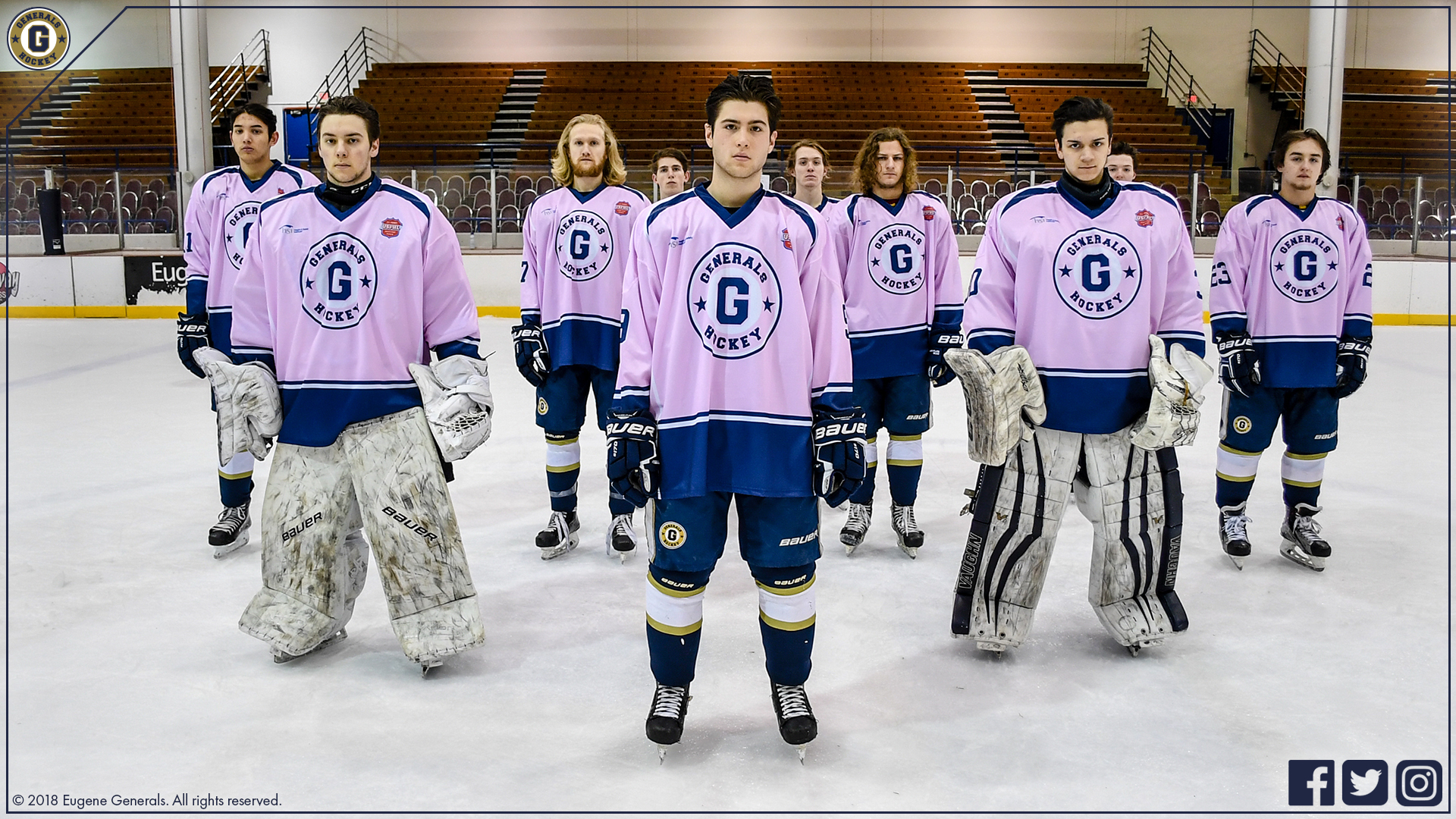 "The Generals have a strong tradition of creating unique jerseys to celebrate special evenings, with this year's Military Appreciation jerseys and 'Zombie' Night jerseys both being great examples," said Generals Associate GM Alex Stimson. "This particular evening will be very special in the sense that cancer has affected almost everyone in some form or another, including many of us with the Generals. As in years past, we're proud to wear one-of-a-kind jerseys that will later help generate funds to help combat cancer."

The one-of-a-kind lavender jerseys worn by the players during Friday's game against the Oregon Ducks will be available for purchase via online auction at EugeneGenerals.com/auction. The auction is scheduled to begin on Friday, February 16th at 7:30pm PST and it will conclude on Friday, February 23rd at 7:30pm PST. Proceeds generated from the auction will be donated towards the fight against cancer.

The Generals host the University of Oregon Ducks this weekend for a Friday-Saturday series at The Rink Exchange in Eugene, Oregon. Both games are scheduled for 7:30pm PST. Tickets are $10 for regular admission, $6 for students/seniors (must present valid I.D.) and children under the age of five are free of charge.