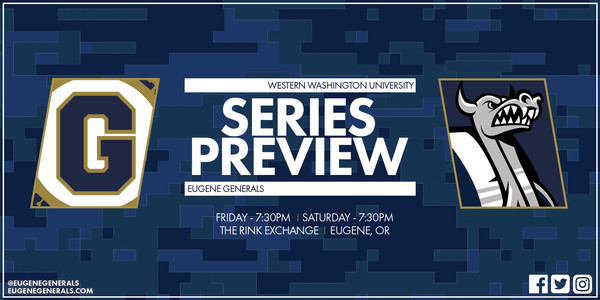 The final homestand of the 2017-18 season continues this weekend when the Generals host Western Washington University for a two-game series at The Rink Exchange in Eugene, Oregon.

The two teams will face off on Friday and Saturday night in what will be the second and final series between the two teams this season. The Gens and Vikings previously played a two-game series in Bellingham, Washington back on October 19-20, a series that was swept by WWU behind a pair of two-goal victories (1-3, 4-6).

Meanwhile, the Vikings enter the weekend with an 8-5-0-1 overall record, however WWU has played only two games since the Thanksgiving break. Western Washington is a member of the ACHA’s North Pacific Hockey Conference which also includes Eastern Washington University, Portland State University, and the University of Idaho.

Saturday night will be Military Appreciation Night as the Generals will honor the brave men and women of our nation's armed forced by wearing one-of-a-kind, military-inspired jerseys. 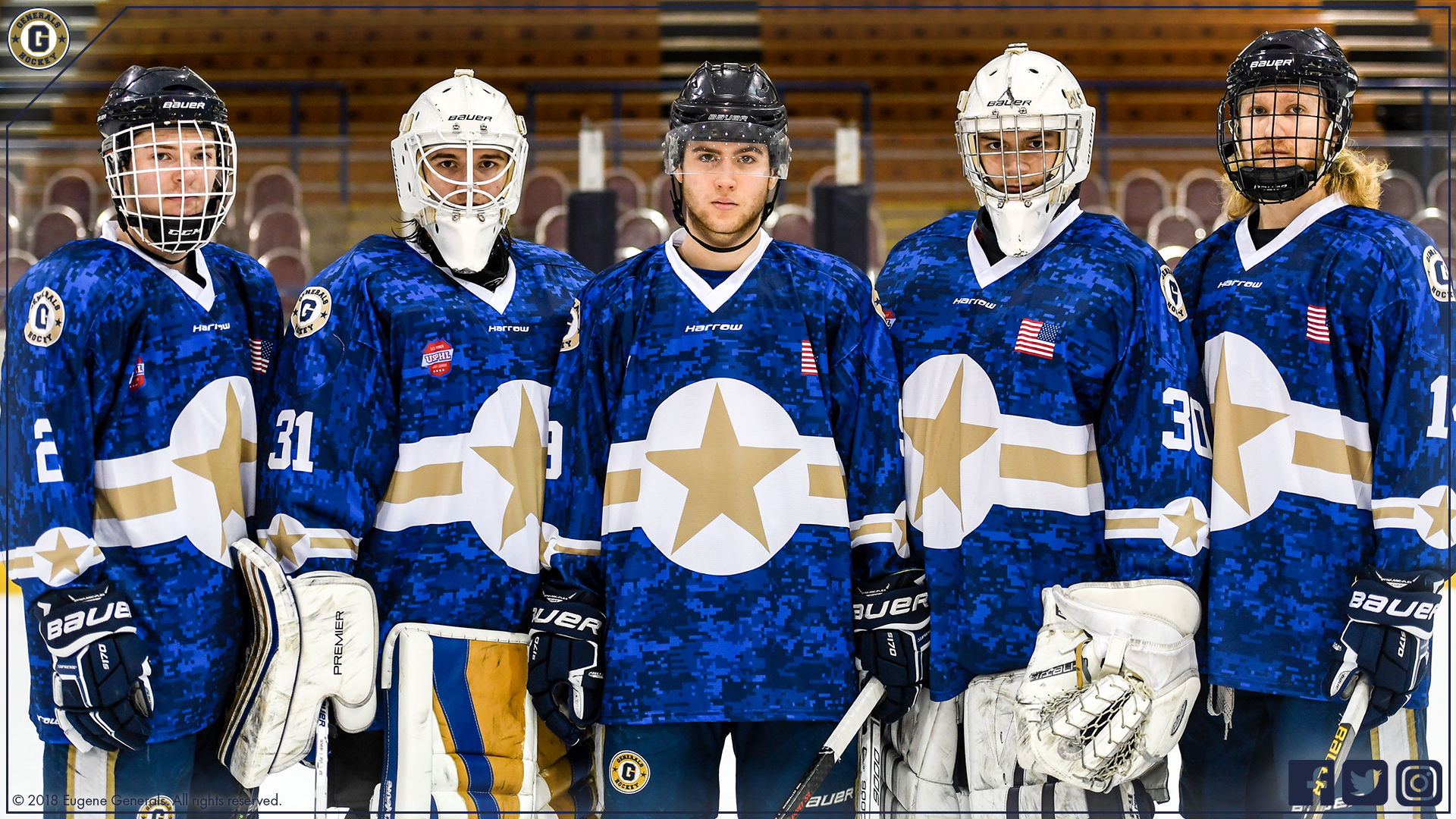 Generals players will wear the jerseys shown above during Saturday night's game vs. WWU to commemorate Military Appreciation Night.

The jerseys worn by Generals players during Saturday night's game will be made available for auction at EugeneGenerals.com/auction. The auction is sceduled to begin on Saturday, January 27 at 7:30pm PST and it will conclude on Saturday, February 3 at 7:30pm PST.

All active duty, reserve forces and veterans will receive free admission to Saturday's game vs. WWU upon presenting a valid military identification card.

Tickets to all remaining Generals home games are available for purchase at EugeneGenerals.com or in-person starting thirty minutes prior to puck drop at the Eugene Generals Box Office, located inside The Rink Exchange.

A live, free and HD video broadcast of both games will be available via Facebook Live with coverage starting approximately 15 minutes prior to puck drop.