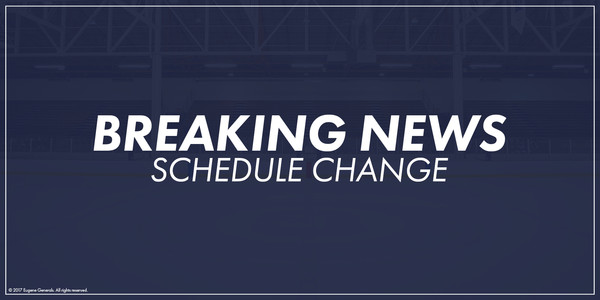 The Eugene Generals have announced a number of schedule changes for the remainder of the 2017-18 season.

Playing the nation’s most unique and diverse schedule, the Generals have faced off against USPHL Elite League, 18U AAA, and ACHA collegiate opponents this season.

However, earlier this week, a number of scheduling conflicts with various other teams began to arise, most notably the looming PNAHA State Tournament that will include both the Wenatchee Wolves and the Everett Jr. Silvertips. As a result, the Generals have CANCELLED the previously scheduled games that are listed below:

A full, updated schedule can be found at EugeneGenerals.com/Schedule/Current-Schedule.

Fans that have already purchased tickets to any of the cancelled games listed above may exchange their tickets to any one of the team's remaining games during the 2017-18 schedule, or call the Eugene Generals Box Office at (541) 359-4154 to process a full refund.

Tickets to all remaining Generals home games are available for purchase at EugeneGenerals.com or in-person starting thirty minutes prior to puck drop at the Eugene Generals Box Office, located inside The Rink Exchange.