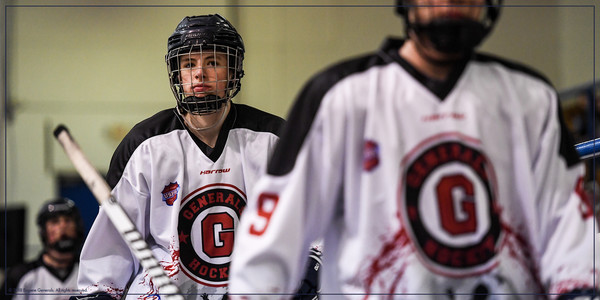 The Eugene Generals were defeated by the Everett Jr. Silvertips by a final score of 7-3 on Saturday night at The Rink Exchange in Eugene, Oregon.

Saturday afternoon brought the 3rd annual Eugene Generals Blood Drive, hosted by Lane Bloodworks and presented by the Health & Safety Institute (HSI), where all fans that donated blood at The Rink Exchange between the hours of 4:00pm and 7:00pm received free admission to the game, plus a chance to win their very own Generals "zombie" jersey. To commemorate the event, the Generals sported the very same "zombie" jerseys during Saturday night's game against Everett.

Despite wearing jerseys that made the Gens appear to be the army of the dead, Eugene came out of the gates full of life as Garrett Foster opened the scoring with a cheeky finish past Everett goaltender Dylan Twardy to put the Generals ahead early, 1-0. However, that excitement was soon tempered as the Jr. 'Tips responded with four goals throughout the remainder of the first period to carry a 4-1 lead into the first intermission.

Everett added two more goals in the second period to make it 6-1 after forty minutes, but the Generals came back to life in the third period when Garrett Foster netted his second goal of the game on a beautiful coast-to-coast goal, followed by Monroe, Oregon native Calvin Hennon scoring his first goal as a General on home ice to cut Everett's lead back to three.

A power play opportunity for the Generals yielded a number of close calls for the Jr. 'Tips, but they were able to kill the penalty successfully and add an insurance goal soon thereafter to seal a 7-3 victory over Eugene.

Despite the loss, the day still yielded spectacular results as the Eugene Generals Blood Drive hit its capacity for potential donors (24), and in the end, it was longtime Generals and Jr. Generals supporter Lori Vinti who won this year's "zombie" jersey raffle after she had donated blood just hours before. 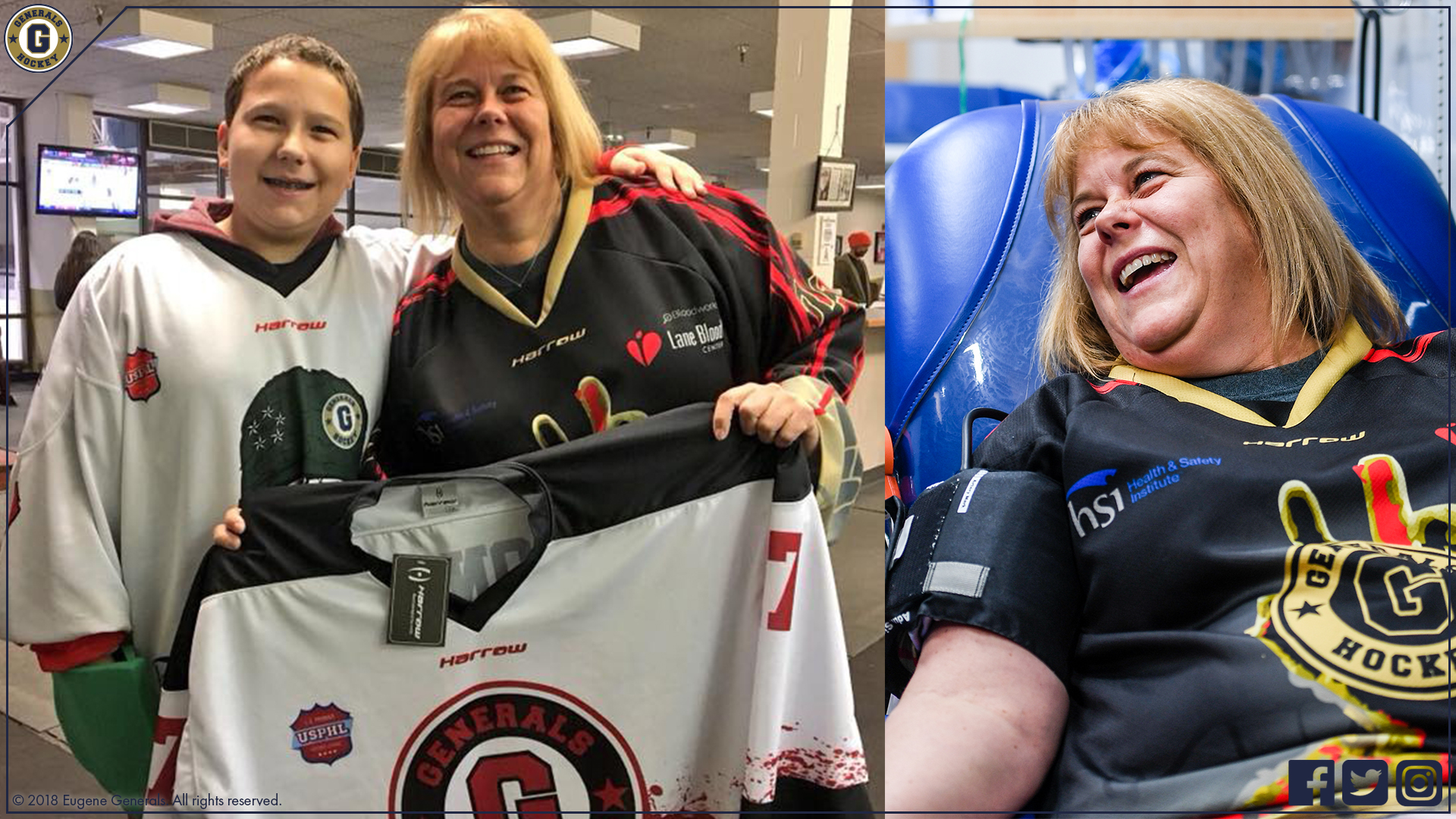 Lori Vinti, a longtime supporter of youth and junior hockey in Eugene, claims her prize of a Generals "zombie" jersey after winning a raffle amongst blood donors at Saturday night's game vs. Everett.

If you would like to donate blood or learn more about the process of doing so, please visit LaneBloodCenter.org.

The "zombie" jerseys worn by Generals players during Saturday night's game are now available for purchase via online auction at EugeneGenerals.com/auction. The auction is scheduled to conclude on Saturday, January 27th at 7:30pm PST.

The Generals resume the current homestand next weekend when they host Western Washington University for a Friday-Saturday series at The Rink Exchange. Both games are scheduled to start at 7:30pm PST. Tickets are available at EugeneGenerals.com and a live video broadcast of both games will be available via Facebook Live.