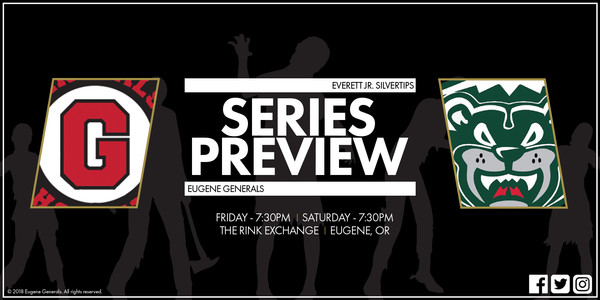 The Eugene Generals will play in the team’s first home games of 2018 this Friday and Saturday night when they host the Everett Jr. Silvertips for a two-game series at The Rink Exchange, located on the Lane County Fairgrounds.

Team-leading scorer Alex Clark led all Elite League players at the USPHL Winter Showcase with five goals while goaltenders Christopher Alexakis and Jamie Frantz each posted a shutout while combining for a .937 save percentage over the five games in Massachusetts.

This weekend’s upcoming series will also be the first meeting between the two teams since September of last year - the very first series of the 2017-18 season for the Generals - when the Jr. Silvertips handily swept a two-game series in Everett.

Now four months removed from that frustrating performance to start the season, Generals Head Coach Justin Kern feels confident that his Generals team is a far different one today than the one that faced off against the Jr. ‘Tips to start the season.

"I was very pleased with how we performed at the showcase to start the new year," said Kern. "Playing five games in fifty-two hours was incredibly challenging, but that adversity worked in a positive manner for us. I felt like we finally started to truly hit our stride during that trip to Massachusetts, and I'm excited to resume play back home and see how we stack up against our Northwest competition."

The Jr. Silvertips will aim to counter with NAPHL All-Star Jakob Stevenson, the son of Everett Head Coach Turner Stevenson and a recently-named NAPHL All-Star, who currently leads the team in assists (11) and overall points (16) and is tied with teammate John Studioso for the most goals by a Jr. Tips player this season (5).

Saturday’s game will be highlighted by the 3rd annual Eugene Generals Blood Drive, hosted by Lane Bloodworks and presented in part by the Health & Safety Institute (HSI). The blood drive is scheduled for Saturday evening between 4:00pm and 7:00pm at The Rink Exchange.

All fans that donate blood during the Eugene Generals Blood Drive will receive free admission to Saturday night’s game against the Jr. Silvertips. Donors will also be automatically entered to win a one-of-a-kind Generals “zombie” jersey which the team will be wearing during the game.

Spots are limited, so fans are encouraged so reserve a donation time in advance by visiting LaneBloodCenter.org and following the steps shown below: 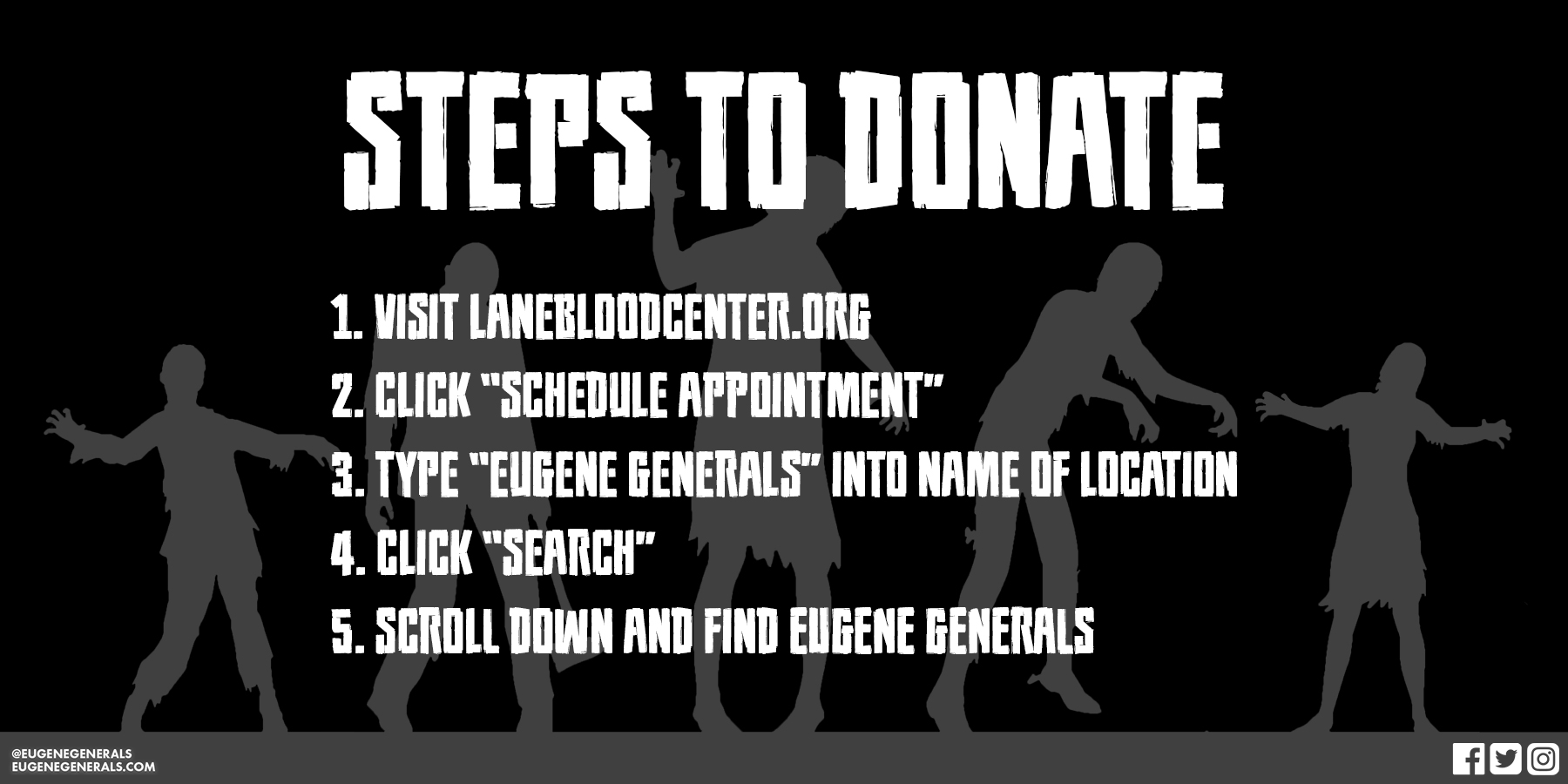 Those game-worn “zombie” jerseys will be available for purchase via online auction immediately following the conclusion of Saturday’s game. You can place your bid(s) on a Generals “zombie” jersey at EugeneGenerals.com/auction.