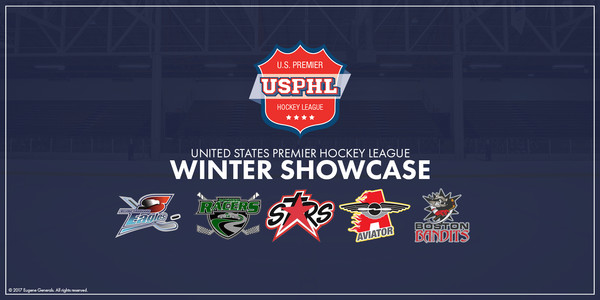 The United States Premier Hockey League has officially formalized the game schedule for the upcoming Winter Showcase, and the Generals are slated to face off against the Beijing Shougang Eagles, Daytona Racers, Syracuse Stars, New York Aviators and Boston Bandits.

Having already attended the Chicago Showcase and the Islanders Hockey Club Showcase, the Winter Showcase will serve as the third and final USPHL Showcase Series event that the Generals are scheduled to participate in this season.

The Generals have officially posted a 4-5-0 record at USPHL Showcase Series events during the 2017-18 season while also netting a 2-1 win over the Florida Eels in an exhibition game played during the Chicago Showcase.

Eugene has previously faced two of its five Winter Showcase opponents - Boston and Daytona - and have netted wins in each of those prior meetings (10/14 vs. Daytona: W, 6-2 | 11/12 vs. Boston: W, 2-1). The matchups against Beijing, Syracuse and New York will be first times the Generals have ever played each respective opponent.

The USPHL Winter Showcase is scheduled for January 5-8 at the New England Sports Center in Marlborough, Massachusetts. It will be the first time that the Generals have played at the NESC since last season’s USPHL Playoffs.

All games at the USPHL Winter Showcase will be broadcast live via HockeyTV and live stats will be provided via USPHL.com.