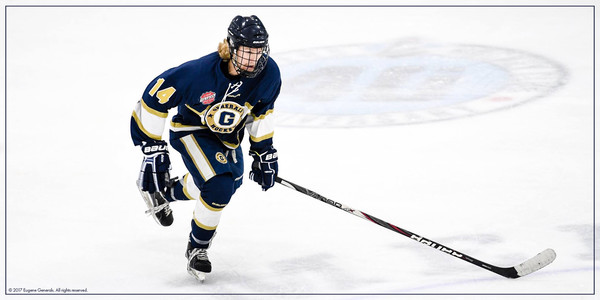 The Eugene Generals (5-11-1) fell to the Wenatchee Wolves, 4-1, on Tuesday evening at the Town Toyota Center in Wenatchee, Washington in what was the first game of a two-game series scheduled between the two teams.

After a scoreless first period, Wenatchee's Jake Burke netted a power play goal with 4:20 off the clock in the second to give the Wolves a 1-0 lead, and team-leading scorer Jake Landers doubled the Wenatchee lead just over four minutes later, also on the power play, with his tenth goal of the season.

Wenatchee's Cameron Knowlton made it 3-0 at the 4:55 mark of the third period, but less than three minutes later, new addition Garrett Foster, playing in his first game as a member of the Generals, jammed home Eugene’s first goal of the night to cut Wenatchee’s lead back to just two.

However, that was all that Eugene’s attack could muster on the evening as Landers later scored his second goal of the night with 7:19 remaining in regulation to seal a 4-1 win for the Wolves.

The two-game series between the Generals and Wolves wraps up on Wednesday afternoon at 1:30pm PST at the Town Toyota Center in Wenatchee, Washington.