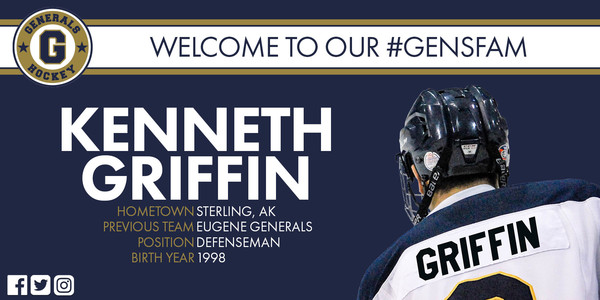 The Eugene Generals are proud to announce the signing of defenseman Kenneth Griffin for the 2017-18 season.

Griffin is no stranger to the Generals franchise as he previously played for the team during the 2014-15 season, and he is still fondly remembered in Eugene for his sky-high heroics that helped the Generals win Game Four of the 2016 Cascade Cup Playoffs semifinal. A native of Sterling, Alaska, he is the god brother of former Generals captain Logan Sanders (2015-17).

Offseason surgery sidelined Griffin for the 2016-17 season, but with a lengthy rehab process now in the rear view mirror, the Alaskan immediately opted to rejoin a Generals team that has already made waves after just one season in the USPHL. Now, after having skated with the team during Monday morning's practice, Griffin says that he already feels right back at home wearing navy and gold.

"It's a lot of fun to be back," said Griffin. "It almost feels like coming home by seeing everybody in the front office and the coaching staff, and I'm really excited to see [Generals owners] Ken [Evans] and Elaine [Callahan] again."

Now back for his second stint with the Generals, Head Coach Justin Kern is eager to add Griffin's athleticism and leadership to an already impressive group of defenseman. "He's going to be a real calming presence for our defensive corps," said Kern. "He has a really, really good hockey IQ and is really sound defensively. Coming off of surgery, I know that he's chomping at the bit to get back on the ice and start playing again."

Griffin arrived in Eugene knowing that getting up to game speed wouldn't be an overnight process, but the calm and confident defenseman is ready to put in whatever work is needed to get back to full strength. "I know that it will take a little bit of time to get back into the flow of things," said Griffin, "but I just have to trust the process and give it everything that I've got." 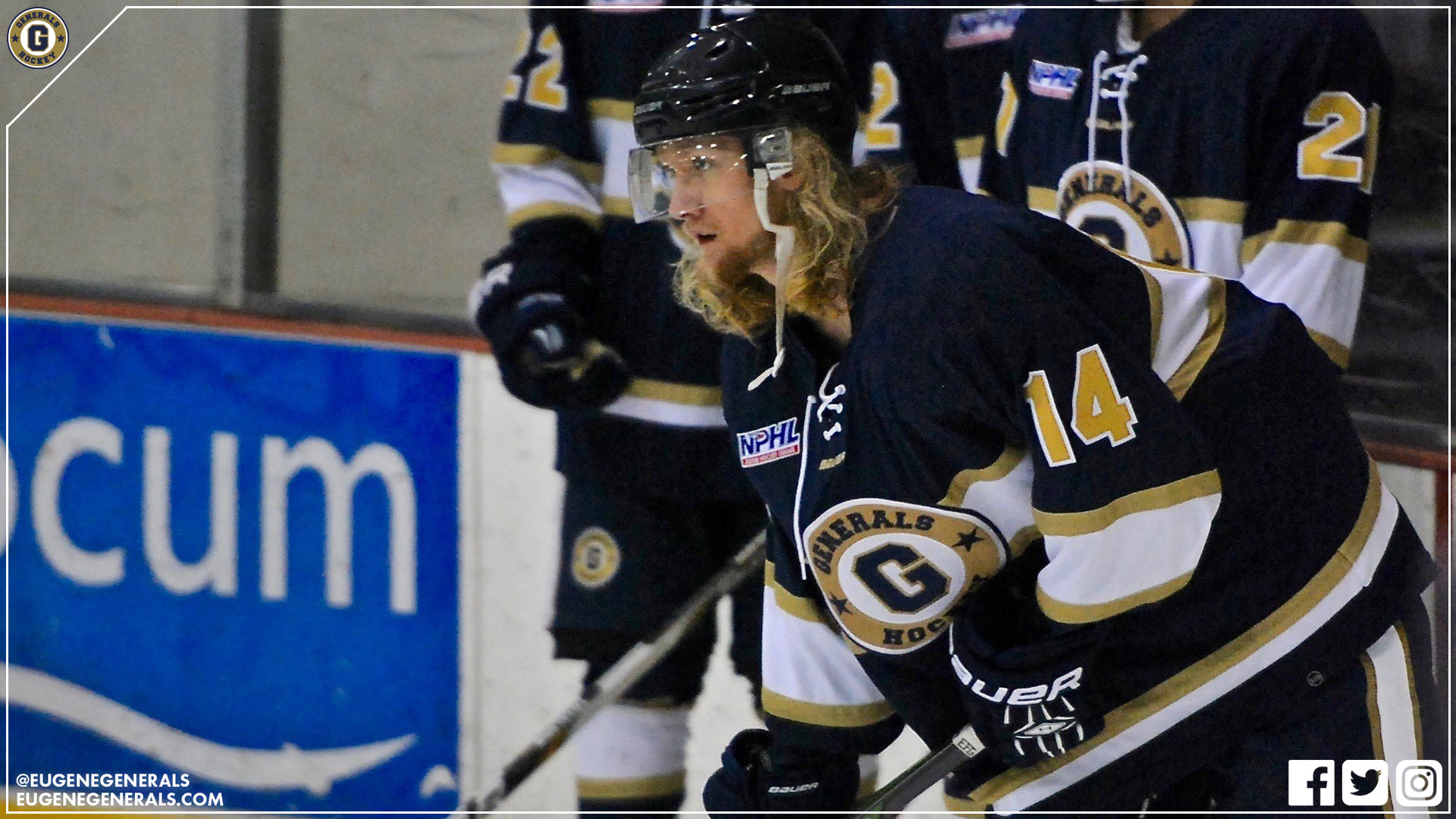 The defenseman tallied six points (all assists) in nineteen total games with the Generals during the 2015-16 season. Prior to his time in Eugene, Griffin's hockey history includes a year spent at the prestigious Philips Academy in Andover, Massachusetts.

After joining the team for Monday morning's practice, Griffin will make his 2017-18 debut when the team travels to the USPHL Chicago Showcase where the Generals will face off against the Potomac Patriots, Richmond Generals, Florida Eels and Daytona Racers. You can watch every USPHL Chicago Showcase game via HockeyTV and follow live stats at USPHL.com.

The Generals will be back on home ice on Thursday, October 26th at 6:00pm PST as Arizona State University will visit Eugene. Tickets are on sale now at EugeneGenerals.com.