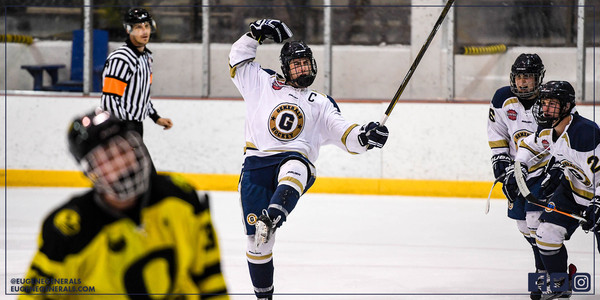 The Eugene Generals (1-2-0) netted their first win of the 2017-18 season on Friday night and they did so in come-from-behind fashion as they downed the Oregon Ducks by a final score of 5-4 at The Rink Exchange in Eugene, Oregon.

Facing off in the first game of a much anticipated two-game series, the Generals and Ducks took the ice in front of a raucous and divided crowd that was on-hand to witness the first-ever official meeting between the two programs.

It was an impressive start from the Generals as they took on a much bigger and older Ducks squad, but it was Oregon who took the first lead of the game as they pounced on a five-on-three opportunity midway through the first period to go ahead, 1-0. Minutes before the intermission, the Ducks doubled their lead after captain Trevor Shott split a pair of Generals defensemen and beat goaltender Jamie Frantz with a nifty backhand finish to briefly quiet the Generals fans in the stands.

In the second period, Oregon's lead was cut back to just one as Alex Clark netted his first career junior hockey goal, but the Ducks quickly regained their two-goal advantage as penalties continued to plague the Generals resulting in Oregon's second power play goal of the evening and a 3-1 lead for UO.

The third period belong solely to the Generals, though, as Eugene would outscore Oregon by a 4-1 margin in the final twenty minutes.

Alex Clark cut the Eugene deficit back to one goal early in the third period with his second goal of the game, and defenseman Jackson Baughman would immediately follow seconds after the ensuing face off with a rocket off of the post for his first-ever junior hockey goal while also tying the game at 3-3.

Minutes later, the Generals would take their first lead of the game as captain and Eugene native Jack Thornton capitalized on a mad scramble in front of the net to slot home a loose puck in the slot and put the Gens ahead, 4-3.

The lead proved to be short-lived for the Generals as the Ducks quickly struck back to level the score at four goals apiece thanks to a quality top shelf finish from Shott, but Eugene would find themselves back in the driver's seat soon enough as defenseman Dakota Henn took advantage of a Generals power play with a beautiful hesitation move to freeze an Oregon skater before sniping home what would prove to be the game-winning goal. 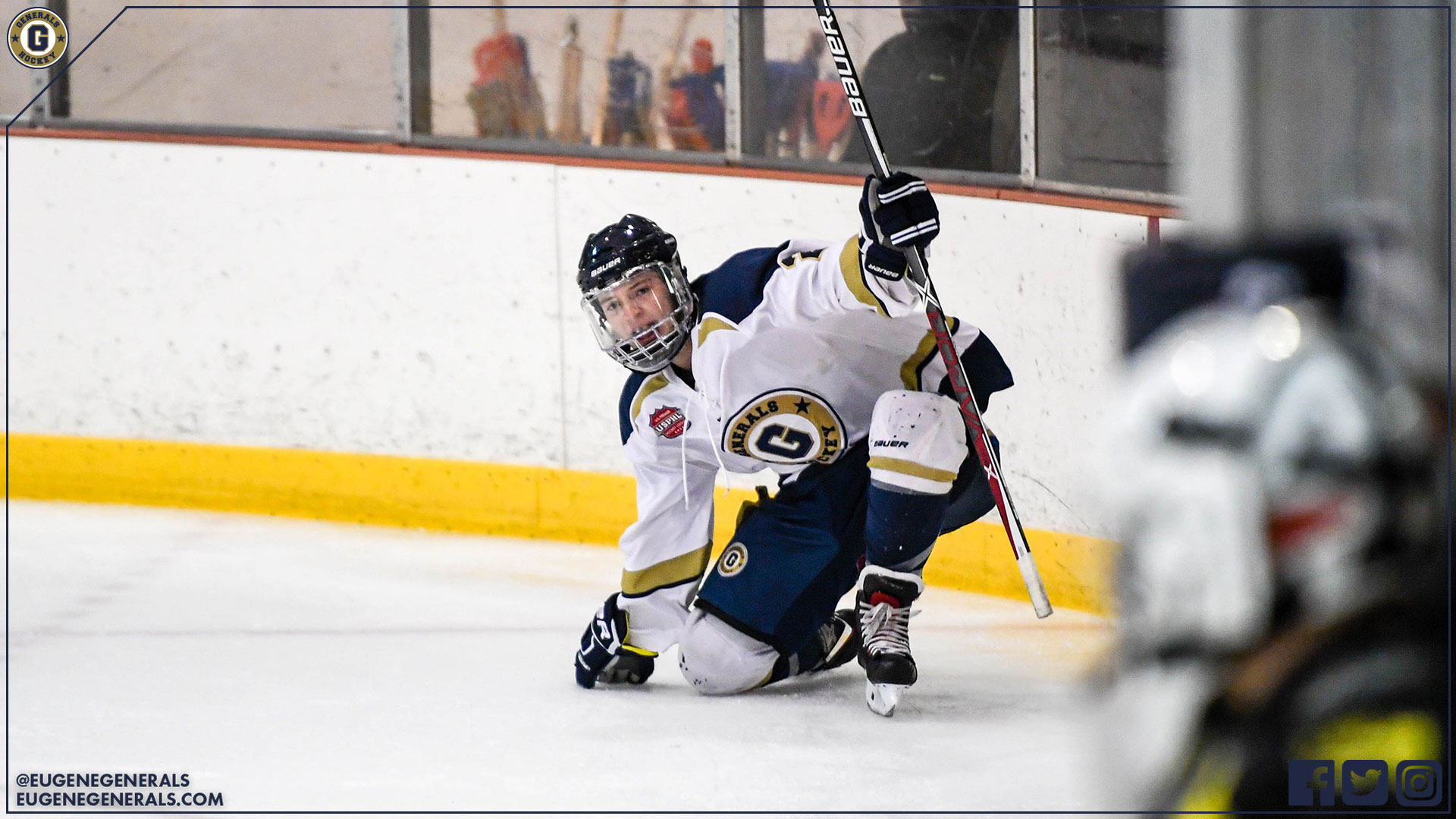 Henn (above) celebrates what would prove to be the game-winning goal as he and the Generals would pick up a 5-4 win over the Oregon Ducks on Friday night at The Rink Exchange in Eugene, Oregon.

The Generals and Ducks conclude their two-game series on Saturday at 7:30pm PST at The Rink Exchange in Eugene, Oregon. Tickets are available online at EugeneGenerals.com or in-person immediately before the start of the game at the Eugene Generals Box Office, located at The Rink Exchange.

You can watch tomorrow night's game between the Generals and Ducks via the Eugene Generals Hockey Network, one of junior hockey's best free broadcasts. Coverage is scheduled to start at 7:00pm PST. Live updates of tomorrow's game will also be available via Twitter.