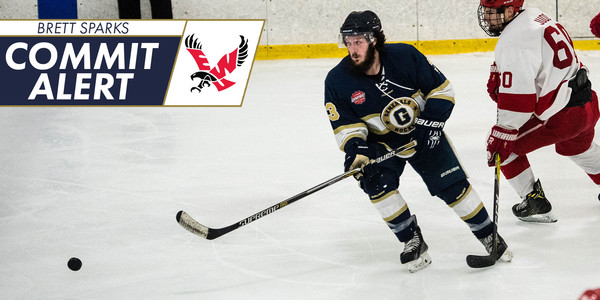 In his final season of junior hockey eligibility, Sparks posted some of the nation's best offensive numbers among all Tier III defenseman. The Portland native led all USP3HL defenseman in goals (23), power play goals (11), and overall points (56) during the 2016-17 season while finishing fourth among defenseman in assists (33).

After originally joining the team late in the 2014-15 season, Sparks spent the past two full seasons donning navy and gold as he helped anchor the Generals blue line. Including postseason play, the Portland native amassed 30 goals and 45 assists for 75 overall points in 95 career games as a Eugene General.

"We're tremendously proud of Brett and everything that he's done for our organization," said Generals Head Coach Justin Kern. "His commitment to the Eagles is a testament to his persistence and the hard work that's he has put in during his time here in Eugene. He has been a tremendous asset to our program, and our Generals family is excited to see what his future holds." 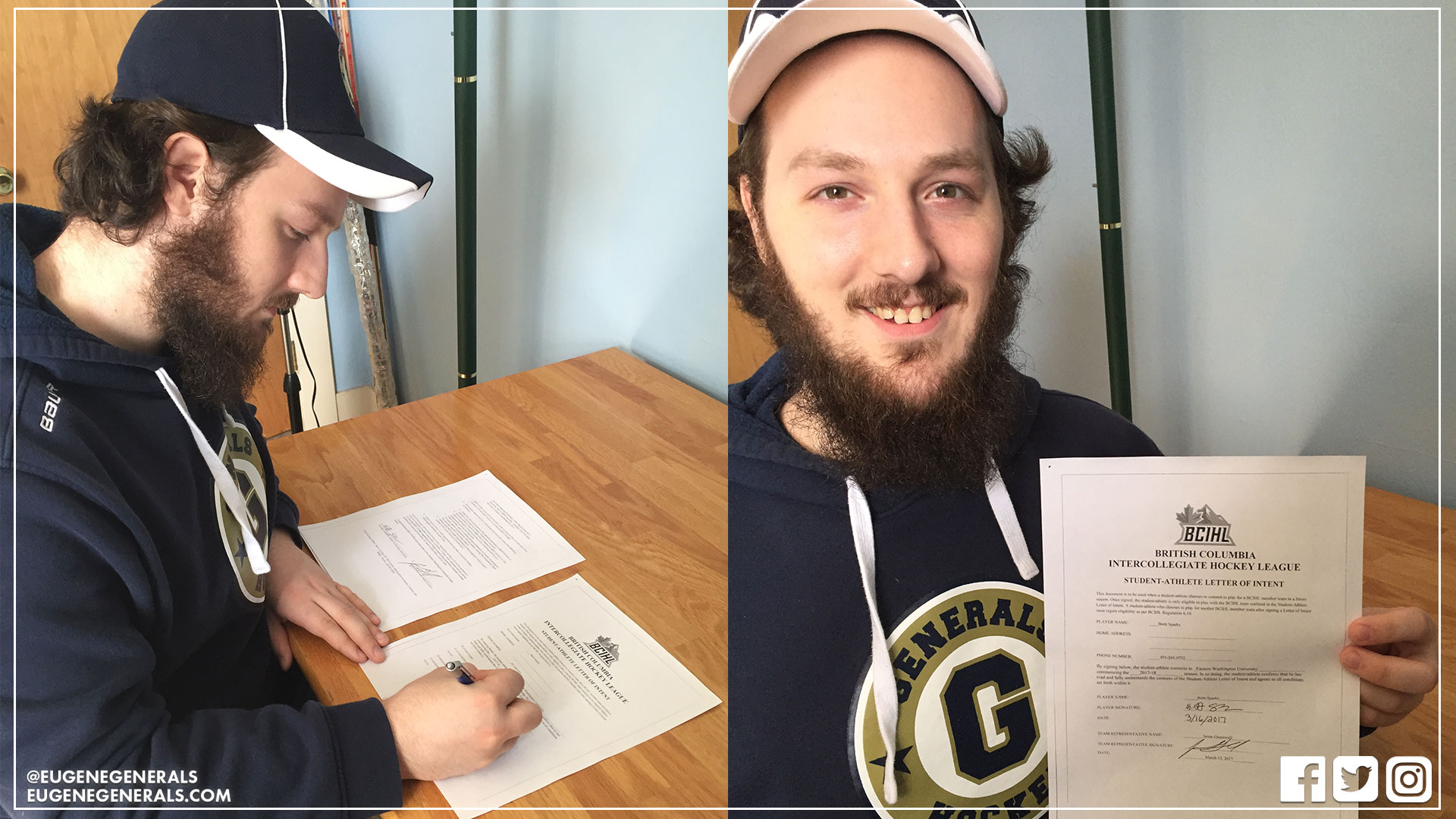 With his billet family looking on, Sparks signs his official letter of intent to play at Eastern Washington University.

Sparks will join former Generals defenseman and captain Kyle Ruchas (2012-15) who recently completed his sophomore season with the Eagles and was named to the BCIHL's All-Academic team.

Eastern Washington University is a member of the British Columbia Intercollegiate Hockey League. The BCIHL plays a 24-game regular season schedule, as well as select games against NCAA, CIS and ACAC teams.

The Eugene Generals were crowned as the USP3HL’s Pacific Division Champions during the 2016-17 season, the franchise’s first season as members of the United States Premier Hockey League and its twelfth season of operation overall. After compiling a 34-7-3 record during the regular season, the Generals were one of six teams that earned a spot in the USPHL Playoffs where they finished tied for fifth.