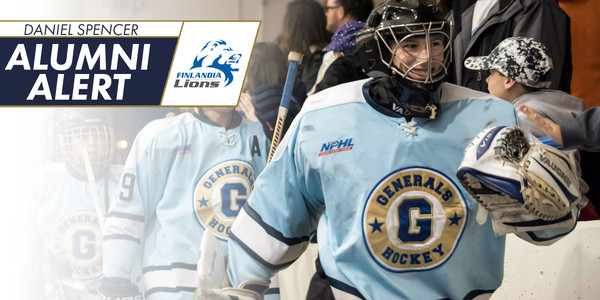 Former Eugene Generals goaltender Daniel Spencer (2013-15) has been named to the Northern Collegiate Hockey Association's All-Academic team for the 2016-17 season.

Spencer, a native of Gloucester, New Jersey, played for the Eugene Generals during the 2013-14 and 2014-15 seasons, the later of which he served as the team's primary netminder as he racked up over 1,000 saves between the pipes.

Spencer is currently majoring in sports management at Finlandia University.

The Eugene Generals organization congratulates Daniel for earning a spot on the NCHA All-Academic team. Find a full list of Generals alumni at EugeneGenerals.com/Team/Alumni.