Generals Fall To Florida In Game Two Of Pool Play 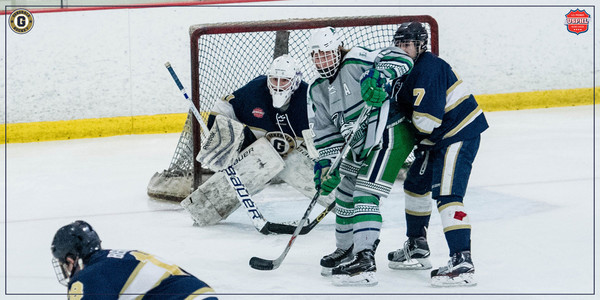 The Eugene Generals went toe-to-toe with the USP3's top team for forty minutes, but it wasn't enough as the one-loss Florida Jr. Blades earned a 6-0 win in the second round of pool play.

After suffering a 3-1 loss to the Charlotte Rush in the opening game of pool play earlier that morning, the Generals aimed to bounce back despite behind handed a matchup against the USP3HL's top team. The Blades, who entered the game having only lost one game on the season (a 3-2 defeat to the Richmond Generals on December 16th), found a stubborn opponent in the Generals as the two teams traded blows in the game's first ten minutes.

A fast-paced and high-octane first period saw both sides with a handful of chances, and Florida's Matt Peterson broke the deadlock at the 10:48 mark with the period's only goal, a top shelf finish after cirlcing around the attacking zone.

The second period also brought only one goal, but once again it came off of a Jr. Blades stick as Dillon Manchester doubled Florida's lead after tapping home a loose puck in front of the net.

Despite the two-goal advantage, the Blades entered the final period having only outshot the Generals by a 22-20 margin the Generals went toe-to-toe with the USP3HL's top team for forty minutes, Florida showed during the third period why they suffered only one loss during the regular season.

For the second time in the same day, Eugene netminder Christopher Alexakis was stellar between the pipes, despite what the final score may indicate. Alexakis stopped 30 of 36 shots in Wednesday evening game, including 20 of 22 over the first two periods combined.