Generals Cruise In Opener Against Outlaws 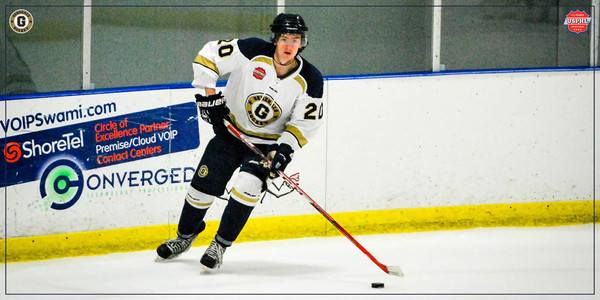 Kicking off a two-game series between the two teams, the final time that the Generals and Outlaws would face off against one another this season, it didn't take long for Eugene to open the scoring as forward Jack Thornton scored 97 seconds into the game to give the Generals a 1-0 lead. Two minutes later, defenseman-turned-forward Kory Palmer scored his first two goals of the season in a three minute span to put Eugene ahead, 3-0, and Cole Bloemer scored at the 9:48 mark to make it 4-0. Just 12 seconds after the ensuing draw, new addition Adam Shimamoto netted his first goal as a General and team-leading scorer Cody Arbelovsky would follow at the 14:48 mark to give Eugene a comfortable 6-0 lead at the first intermission.

In the second period, goals from Cody Arbelovsky, Adam Shimamoto (2) and Nash Berkowitz would extend the Eugene lead up to 10-0, and two more goals from Arbelovsky in the third period would give Eugene an impressive 12-3 win as the Outlaws would score a trio of late consolation goals.

Generals goaltender Christian Zecchetto earned his sixth win of the season while Cody Arbelovsky finished with a game-high four goals and Adam Shimamoto tallied with a hat trick.

The Generals and Outlaws conclude their two-game series in Kennewick on Sunday, January 29th at 4:05pm PST at the Toyota Arena. Live video coverage is available via HockeyTV while live updates will be provided on Twitter.