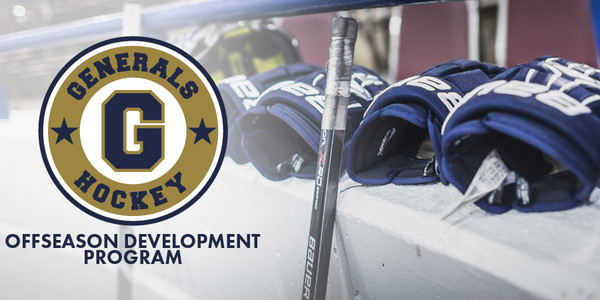 On top of an already busy offseason schedule, Eugene Generals coaches and players will be traveling to Minnesota this summer to attend the tryout camps of the NAHL’s Fairbanks Ice Dogs and Bismarck Bobcats.

In an effort to promote player development and advancement, the Generals have adopted an innovative, “outside-of-the-box” approach this summer in hopes of providing Generals players with every possible opportunity to progress to the next level. Launched almost immediately after the conclusion of the 2015-16 season, Eugene Generals Offseason Development Program will combine off-ice conditioning and on-ice skills work over an eight-week period. In all, the program includes:

- Sessions will consist of three varieties:

- Workouts will consist of:

At the conclusion of the eight-week program, Generals coaches and a number of Generals players will travel as a unit to the tryout camps of the Fairbanks Ice Dogs and Bismarck Bobcats, two of the NAHL’s preeminent franchises. There, Generals players will have a chances to showcase their skills in the hopes of paving more opportunities to move up the junior hockey ranks. 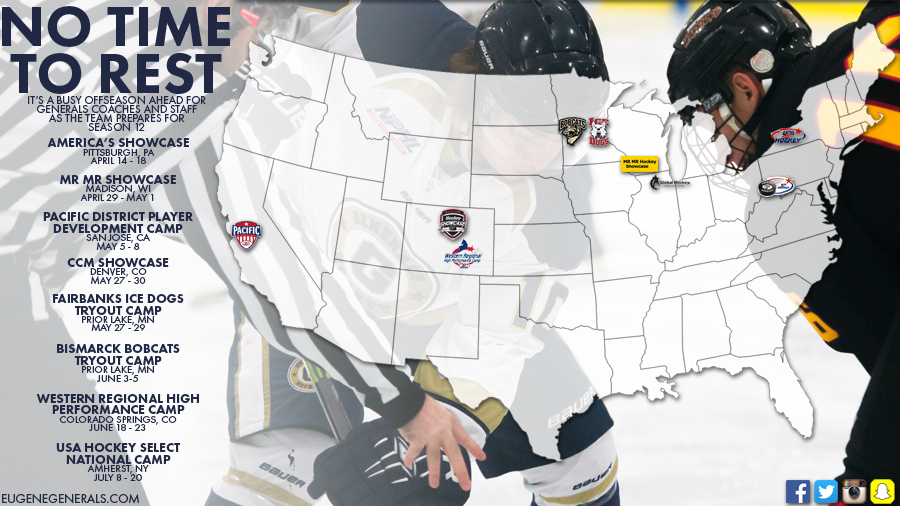 The objective of the Eugene Generals Offseason Development Program is to focus primarily on individual skill development, spending time that the day-to-day grind of the regular season doesn’t afford and concentrating on specific, sometimes intricate facets of the game.

“It's something that we have been slowly crafting over the past few months,” adds General Manager Flint Doungchak, “and we wanted to make sure that we could develop a program that would both be highly beneficial to our players while also being cost-effective, to families and the organization. After months of honing the details of this program, I think we’ve certainly achieved that objective.”

“When games are coming at you every weekend,” says Head Coach Justin Kern, “the focus of most practices during the season centers around team concepts rather than individual skills growth. Now that the season has concluded, we can work with them on a more one-on-one basis while honing in on particular details that can help them grow in the areas they each need to focus on."

In the end,” Doungchak concluded, “the primary goal of our organization – and this should be the case for ALL junior hockey organizations, especially at the Tier III level – is to see our players grow, progress, develop, and ultimately move up the junior hockey ladder; that is what truly gives us the most joy. Whether that be playing in the NAHL, the USHL, college or pros, our focus has always been on providing Generals players with the utmost opportunity to develop as hockey players, and to do so in a family-oriented environment. We’re very proud to begin this program and we believe it’s yet another example of the unique and special culture we’ve cultivated here in Eugene.”