Fan Appreciation Night with the Generals this Saturday, February 27th 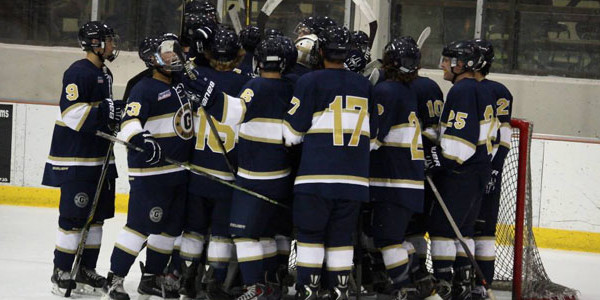 Eugene, OR – The Eugene Generals will play their final home regular season game at the Rink Exchange this Saturday, February 27th at 7:35 against the first-place Wenatchee Wolves.

That’s not the only event that will be taking place Saturday evening; Saturday’s home regular season finale will also be Fan Appreciation Night with the Eugene Generals.

The Generals will take time to thank all those who have attended games and continued to show their unwavering support of the team throughout the 2015-16 season. There will be numerous giveaways for fans showing off their Generals’ spirit during Saturday night’s game. For starters, fans who show up early to Saturday’s game receive a free, limited edition Generals poster at the doors.

Fans can get their posters or other Generals merchandise signed by the players after the game. In addition to getting autographs from the Generals players, fans also have the opportunity to skate with the team after the game during a public skate immediately following the game and autograph session.

Fan Appreciation Night will not be the last actual home game for the Generals this season. Having clinched third place in the Northern Pacific Hockey League (NPHL), the Generals will face the Bellingham Blazers in the first round of the playoffs. The Generals are assured at least one home game, which will be game three of a best-of-five series and take place on Friday, March 18th. There is also the chance the Generals host the Blazers for a game four on Saturday, March 19th, if necessary. Playoff tickets are on sale now.

With this Saturday being the eleventh Fan Appreciation Night in team history, Generals owner Ken Evans reflected on how committed the fans have been towards the Generals not just this year, but in previous seasons where the team has not performed at a high level.

“Our fans sticking by the Generals after a rough few years really shows how passionate and dedicated they are to hockey in this town. Saturday will be a fantastic night for us to give back to our great fan base and a way to say thank you for making hockey in Eugene thrive over the last eleven years.”

Tickets for Saturday night’s game are available online at eugenegenerals.com or at the Generals’ ticket office located at the Rink Exchange. Tickets are $10 for adults, and $6 for seniors and students (with a valid I.D.); children under the age of five are free.