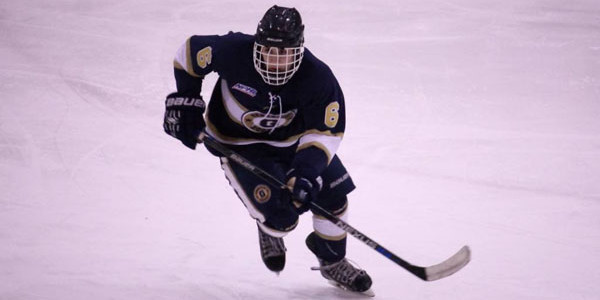 The Generals travel to the Outlaws’ home ice at the Toyota Arena for a Saturday contest at 7:05 PM and a Sunday evening game at 5:05 PM. Both Northern Pacific Hockey League (NPHL) games will be the last regular season matchups between the Generals and Outlaws.

Eugene is coming off a tough two-game series against the Bellingham Blazers which resulted in two losses. After being outplayed in a 4-1 defeat Friday night, the Generals went back and forth in a tightly-contested game against the Blazers last Saturday. The game had to be decided in overtime, where a lucky bounce went in favor of Bellingham with one second left to hand the Generals a devastating 4-3 loss.

While the Generals have already punched their ticket to the postseason and sit firmly in third place, the Outlaws are still waiting to clinch the fourth and final playoff spot. They took a step in the right direction toward achieving that goal, sweeping a fellow playoff hopeful in the West Sound Warriors. Tri-Cities scored a touchdown in each game, winning 7-2 Friday and 7-5 Saturday to increase their grip on fourth place to seven points.

Three Outlaws players rank inside the top ten in the league in scoring. After a nine-point weekend, Colton Symbol is fourth in the NPHL in points (46), with Aaron Questad and Payton Okon tied for seventh (43 each). Questad’s 26 goals are good for second-best in the league, while Okon has recorded at least a point in each of his last fourteen games, dating all the way back to December 18th.

In six head-to-head battles this season, the Generals have not only won five times, but have outscored Tri-Cities by a margin of 33-9. Both teams faced each other in Eugene a month ago, with the Generals winning both by scores of 10-3 and 4-1. Cody Arbelovsky, Buddy Dale, Cole Bloemer, and Dustin Gomez all have nine points against the Outlaws in the six games this season.

Generals Head Coach Justin Kern discussed what his team needs to do not just for this weekend, but for the rest of the regular season leading up to the postseason. “We’re going to go out there and fine-tune what we need to before the playoffs start. We have to stay out of the penalty box and not get thrown off by what other teams try to do to us.”

After the upcoming series against Tri-Cities, the Generals conclude the 2015-16 regular season with four games versus the first-place Wenatchee Wolves in back-to-back weekends. Once the regular season ends, the Generals will have a first round matchup against the Blazers in what should be an intense series.

As for this weekend’s action, fans can keep up with each game on Pointstreak or Fast Hockey. The Generals will also provide live updates of each game on Twitter.