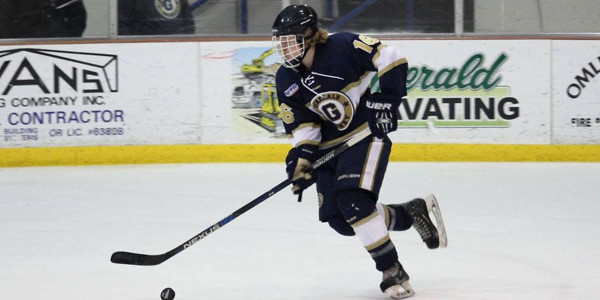 In their last regular season meeting, the Generals fell to the Blazers after allowing a goal with one second left in overtime. The Generals and Blazers are already guaranteed to face one another in the first round of the Northern Pacific Hockey Leaguey (NPHL) Playoffs.

Power play goals were the theme during the first period, where each of the three goals during the first twenty mintues were scored with a 5-on-4 advantage. After Karson DeRego scored the first goal of the game at 5:33 for Bellingham, the Generals responded with two unanswered, power play goals of their own. Logan Sanders blasted a one-timer into the back of the net at 8:21, with Brett Sparks taking the lead on a shot from the point at 12:16.

After DeRego tied the game at two fourteen seconds into the second period, the Generals retook the lead at 14:26 when Nash Berkowitz notched the team's third power play goal of the night. Kory Palmer and Dustin Gomez each had assists to give the Generals a 3-2 lead going into the final intermission.

Within the last five minutes of regulation, Bellingham was able to tie the game at three when Simeon Smith scored on yet another power play. Austin Sabin and Sean Meetsma assisted on the game-tying goal, the last one of regulation.

During overtime, the Blazers were able to win the game with one second left on a goal from DeRego, who was also able to secure the hat trick. Kevin Duncan and Justin Sullivan were credited with the assists.

Next weekend, the Generals will be on the road when they face the Tri-Cities Outlaws for a two-game series next Saturday and Sunday. Fans can follow next week's games on Fast Hockey or Pointstreak.