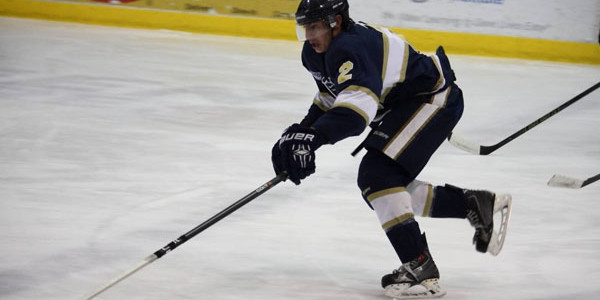 In a prelude to what will be a playoff matchup, the Generals could not keep pace with the Blazers, who outshot Eugene 50-28. The loss ends a three-game winning streak for the Generals.

Bellingham would score the only goal of the first period, which came at 9:06 into the game when RJ Oki lit the lamp for the Blazers. Connor Loos and Dylan Ryan each had assists on the play.

Within the first five minutes of the second period, the Blazers increased their lead to 3-0 when Simeon Smith scored twice for his team. His first goal of the game happened at the 2:08 mark on an assist from Kevin Duncan, while his next one was an assisted goal at 4:58.

Midway through the second period, the Generals converted on the power play for their first and only goal of the evening. Isaac Vincent scored for Eugene at 10:53, with the assist given to Logan Sanders.

At 10:34 of the third period, Brett Hanson recorded the Blazers’ fourth and final score of the contest, with Karson DeRego and Justin Sullivan providing the assists.

Three weeks after posting back-to-back shutouts against the Blazers in Bellingham, Generals goalie Chris Pritchard saved even more shots tonight than in either of those two games. Facing 50 shots from Bellingham, the third-year veteran recorded 46 saves, the fourth consecutive game where he has tallied at least 40 stops in net.

The Generals and Blazers close out their regular season series tomorrow night at 7:35 in Eugene. Tickets are available online at eugenegenerals.com.