Weekend Preview: Generals and Blazers Square Off in Playoff Preview 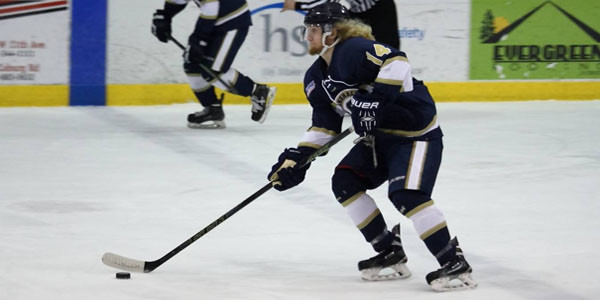 Playing this Friday and Saturday night at 7:35, the Generals and Blazers will face each other for the last time this regular season. The Blazers hold a 4-2 head-to-head record against the Generals in six matchups.

This weekend’s games also serve as a Northern Pacific Hockey League (NPHL) playoff preview. With the Wenatchee Wolves clinching first place last weekend, the Generals and Blazers are guaranteed to face each other in the first round in the playoffs. Currently eight points ahead in the NPHL standings with just a handful of regular season games remaining, the Blazers are almost assured to finish second place, which would give them home-ice advantage over the Generals in the playoffs.

In their last meetings three weeks ago, the Generals prevented Bellingham’s prolific offense from scoring at all in the two-game series, thanks to stellar defense and goaltending. The Generals shutout the Blazers both nights in 3-0 and 1-0 victories, with goalie Chris Pritchard dominating in net with a combined 84 saves during his back-to-back shutouts.

Currently on a three-game winning streak, the Generals look to continue their success on both ends of the ice. In their last three games, the Generals have outscored their opponents 19-2, including an 8-0 shutout last Friday versus the Seattle Ravens. Goalie Zealand Walterscheid recorded his third shutout of the season and Dustin Gomez netted his first career hat trick in the win.

Since getting shutout by the Generals three weeks ago, the Blazers have gotten back on track with four consecutive wins. In each of their last four games, the Blazers have notched at least seven goals, including last Saturday when they scored fourteen times. During their winning streak, Bellingham has seen contributions from their top scorers, including Simeon Smith, Kevin Duncan, and Karson DeRego with 12 points apiece, as well as Justin Sullivan with 11 points in the past four games.

In their 34 games this season, the Blazers have practically split the playing time evenly between their two goalies, Christopher Alexakis (16 starts) and Broderick Parker (18 starts). Parker has started in four games against the Generals this year, compiling a 2-2 record while posting a save percentage of 95.1% and 136 total saves. Alexakis leads the NPHL in save percentage (95.0%) and is tied for most shutouts in the league with six.

Tickets for both games this weekend are available online at eugenegenerals.com. For those cannot make it to either game, EGHN will broadcast both games online live and for free.