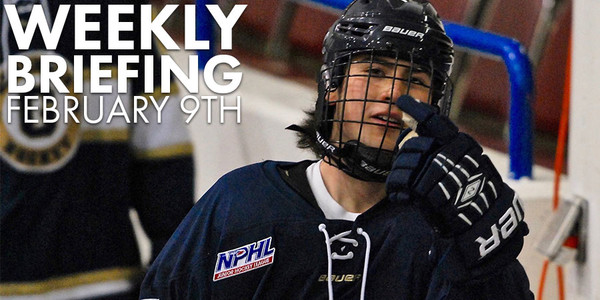 This past Saturday, the Eugene Generals kicked off their final ten games of the regular season with a two-game home series vs. the Seattle Ravens at The Rink Exchange.

Entering this past weekend, the Generals had won five of six meetings vs. the Ravens, outscoring them 25-10 in the process. However, the Ravens entered the weekend with added incentive as they remained in a three-way battle with West Sound and Tri-City for the final NPHL playoff spot.

Jacob Ray opened the scoring for the Generals early in the first period with his fourth goal of the season thanks to a great feed from local product Jack Geisler, and Dustin Gomez then doubled the Generals lead three minutes later with a nifty scoop-and-score backhand finish.

Like clockwork, the Generals pushed their lead to 3-0 another three minutes later after Christian "Buddy" Dale showcased some silky mitts on a beautiful breakway finish, but the celebration afterwards (or lack thereof) is what really left the fans talking. However, less than thirty seconds later, Dale made ammends for the stumble and struck for his second goal of the evening thanks to another fantastic finish, this time instead opting for a more simple celly as he picked up his fourth multi-goal game this season.

Sixty seconds later, Dustin Gomez matched Dale as he netted his own second goal of the evening, this time on the power play, which has now converted on 27 of 145 (18.62%) chances, second best in the league.

After a second period that saw no goals scored for either side, Gomez would complete his first career Juniors hat trick early in the third period with a wrist shot from the far circle, and he would get one more soon afterwards as Gomez took advantage of a mad scramble in front of the net to somehow, someway beat Nelson for his fourth goal of the evening. Nash Berkowitz finished off the scoring saving perhaps the evening's best goal for alst as the defenseman showcased his scoring touch with a fantastic coast-to-coast goal to seal the Generals' 8-0 win.

Zealand Walterscheid, making his 11th start of the season, stopped all 18 shots faced. With the win, the first-year Juniors goaltender saw his record ipmrove to 8-2-0-1 while notching his third shutout of the season.

On Saturday, with the Generals looking to complete their eighth weekend sweep over the Ravens, Coach Kern tabbed youngster Christopher O'Shaughnessy to start in net as his squad looked to finish their regular season rendezvous with the Ravens on a high note.

Making his first start against the Ravens since they handed him his first career juniors loss, "Osh" entered the evening with a 2-2-0-0 record on the season while coming off a 23-save win in his last start (vs. WSW on 12/5).

Despite dominating the shot totals throughout the game (55-21) the Generals struggled to beat Ravens goaltender Justin Nelson, who kept the Generals scoreless until the final minute of the first period when Baxter Cox beat him on his glove side with his trademark wrist shot to give the home squad a 1-0 lead. For the second straight night, the second period proved to be a stalemate as neither side found the nylon, but Seattle would score their first goal of the weekend midway through the final twenty minutes as Grant Omyer tied the score at the 9:25 mark on a breakaway capped off with a quality finish.

The lead was short-lived, though, as Kory Palmer regained the Generals lead 57 seconds later with his 13th goal of the season as he took advantage of a great feed from Vincent for an easy tap-in goal. Three and a half minutes later, Nash Berkowitz would score his second goal of the weekend and give the Generals some added breathing room, and Dustin Gomez later netted his fifth goal of the weekend to cap off the scoring and finish the series with a 4-1 win.

O'Shaughnessy, the youngest player on this year's Generals squad and one of the youngest in the NPHL, stopped 20 of 21 faced en route to earning his third win of the season while forward Dustin Gomez notched his third consecutive multi-point game.

Generals Team Up With March Of Dimes

March of Dimes is a non-profit organization that aims to improve the health of babies while also helping prevent fighting birth defects and fight premature births. On average, roughly 380,000 babies are born prematurely in the U.S. every year.

The Generals will get a postseason preview this weekend as they welcome the Bellingham Blazers to Eugene for a two-game series taking place on Friday and Saturday at The Rink Exchange with both games starting at 7:35pm.

As the standings currently sit, the #3-seed Generals would play the #2-seed Bellingham Blazers in a best-of-five series in the first round of the NPHL playoffs starting on Friday, March 11th in Bellingham, Washington. The Generals would then be the hosts for Games Three and Four (if necessary) at The Rink Exchange in Eugene, Oregon.

The Generals enter this weekend's two-game tilt with a 2-4 record on the season vs. the Bellingham Blazers. However, despite the losing record, the Generals will enter the weekend having picked up their two wins over the Blazers in their past two meetings back on January 22nd and 23rd. Then, the Generals snapped a losing streak to the Blazers that dated back to 2012 while simultaneously shutting out the Blazers in Bellingham for only the third and fourth time in franchise history.

Leading the way for the Blazers is NPHL leading scorer Karson DeRego (26/37/63), who was held scoreless in each of the last two matchups vs. the Generals. In net, the Generals should expect to see Broderick Parker (12-5-1-0, 2.50 GAA, .917 SV%) and Christopher Alexakis (13-3-0-0, 1.25 GAA, .950 SV%) in some order, with the Bellingham-native Parker likely starting on Friday while the younger Alexakis will lilely be between the pipes on Saturday.

Get a playoff preview this weekend and purchase your tickets now at EugeneGenerals.com.

After missing postseason play last year for the first time in franchise history, the Generals re-tooled under Head Coach Justin Kern and now currently sit at their best mark through 32 games since the 2009-10 season. To find out more about how the Generals were about to re-define the culture in Eugene, check out the latest story from the NPHL on NPHLonline.com.

A Spanaway, Washington native, Videto played in the Emerald Valley for parts of two seasons, orignally joining the Generals late in the 2010-11 season before spending the entire 2011-12 season in Eugene. During his career as a General, Videto tallied 15 goals, 19 assists, and 34 points in 45 regular season games, but he saved his bests moments for when it mattered most as he notched 4 goals, 4 assists, and 8 points in his 7 career playoff games.

Over the past two years at Utah State, Videto has been one of the top contributors on a team that has won back-to-back conference crowns, putting up 27 goals, 38 assists, and 65 total points in 63 games over the past two seasons. 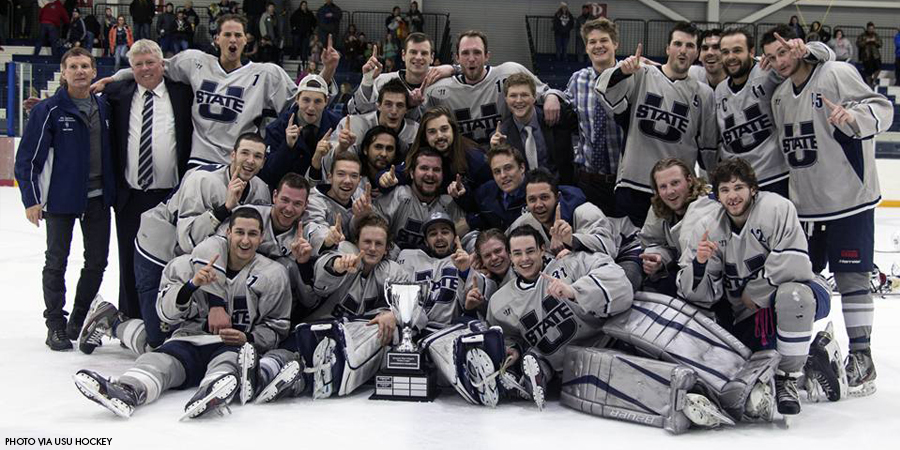 Utah State, a member of the aformentioned Mountain West Collegiate Hockey League, currently participates in ACHA's Division II, which is currently comprised of 12 conferences and more than 200 teams, the largest division in the ACHA. Videto and the Aggies will now await the season's final rankings, which will determine if they earn an automatic berth to the ACHA National Tournament or if they must first play in the single-elimination ACHA West Regional Tournament.

Join The Gens For The Home Stretch

As the season begins to wind down, the Generals now have just FOUR remaining home games in the regular season - two games vs. the second-place Bellingham Blazers, and two games vs. the first-place Wenatchee Wolves. The Generals remain the only team in the NPHL to defeat Wenatchee this season, and they'll look to recreate that magic once more when the Wolves come to town for the home finale on Friday, February 26th and Saturday, February 27th.