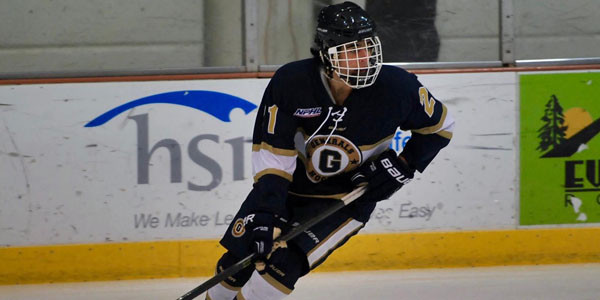 This weekend is the start of the last quarter of the regular season, with eight games being played in February alone. Playing this Friday and Saturday night at 7:35, the Generals face the Ravens for the final time this regular season.

Despite mixed results during their three games last weekend—a home loss, a defeat in shootout, and an easy win—the Generals were able to clinch a spot in the Northern Pacific Hockey League (NPHL) Playoffs for the tenth time in franchise history. With ten games left in the regular season, the Generals are currently in third place, eight points behind the Bellingham Blazers for second.

In six head-to-head matchups between Eugene and Seattle, the Generals own a 5-1 record over the expansion Ravens. Their last meeting took place right before the holiday break, where the Generals swept Seattle in a two-game series to close out the 2015 calendar year. After winning 4-2 the first night, the Generals, wearing their “zombie jerseys” for the Blood Drive Night, cruised to a 6-1 victory in front of a large, energetic crowd back on December 19th.

With a shortened bench on the aforementioned Blood Drive night, players such as Dustin Gomez and Isaac Vincent stepped up with two goals apiece, along with Chris Pritchard who allowed just one goal in net for the Generals. In the six games between Eugene and Seattle, Gomez has nine points, followed closely by Cody Arbelovsky who has eight against the Ravens.

Seattle will have a new look on the bench this weekend, with Adam Kurtenbach recently being named the new head coach for the team. Kurtenbach takes over a Ravens team which has been faltering as of late, with eleven straight losses dating back to December. During those eleven losses, the Ravens have only scored more than two goals in a game once.

Despite their recent struggles, the Ravens are still well in the hunt for the fourth and final spot in the playoffs. Trailing the Tri-Cities Outlaws for fourth place by three points, the Ravens have a lot to play for this weekend as they too enter the last quarter of their regular season schedule.

Tickets for this weekend’s game are available online at eugenegenerals.com. For more information about the March of Dimes foundation, please visit their website.