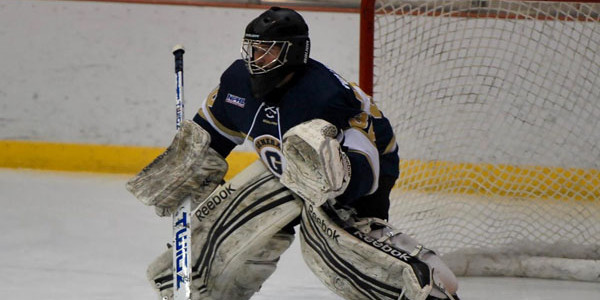 In their last game of a seven-game home stand, the Generals were able to extend their winning streak to six, their longest of the season. The current six-game winning streak is also the longest the Generals have had since 2010, when they closed out the 2009-10 season with six straight victories.

Unlike the previous night, it would be the Outlaws who struck first, when they scored midway through the first period at 11:51. Payton Okon scored for the second straight night, as he connected on the power play with assists from Adam Shimamoto and Nick Gay.

One night after recording a hat trick, Cody Arbelovsky lit the lamp once more when he tied the game at the 15:10 mark. Dustin Gomez provided the assist on the Generals’ first goal, helping them go into the first intermission tied at one.

Generals captain Buddy Dale continued his hot streak, as he broke the deadlock with an unassisted goal at 12:57 of the second period. Also, he added an insurance goal at 5:05 of the third period to give his team the 3-1 lead on assists from Isaac Vincent and Kenny Griffin.

At 10:41 of the final period, Cole Bloemer scored for the second consecutive night for the team’s fourth and final goal of the game. Xavier Murdoch was credited with the assist.

Generals goalie Zealand Walterscheid, who shutout the Outlaws back on November 21st, allowed just one goal Saturday night, the third time he has allowed one goal or fewer in a game this year. The New Mexico native recorded 21 saves on 22 shots, improving him to 6-2 as a goalie this season.