Generals Swept by Blazers After 4-1 Loss 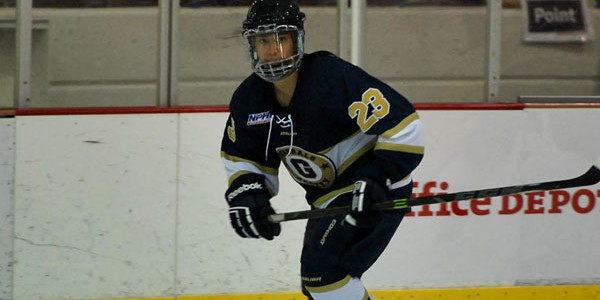 Similar to the previous night, the Generals jumped out to a 1-0 lead after the firsty twenty minutes. On the power play, Kory Palmer scored to give Eugene the one-goal lead when Isaac Vincent and Baxter Cox assisted on the play.

For the second straight night, the Blazers would score three times in the second period to give themselves the lead. Von Mullin tied the game at one when he scored midway through the period at 10:21, followed by a power play goal from Connor Loos to gain a 2-1 advantage over Eugene. Sean Meetsma provided another goal, coming at 16:22 to help Bellingham to a 3-1 lead going into the final intermission.

Eleven seconds into the third period, Simeon Smith had an insurance goal which would ultimately be the game's final score. Kevin Duncan assisted on the Blazers' fourth goal of the night, leading to their second consecutive win.

After recording a season-high in saves the previous game, Generals goalie Chris Pritchard would easily surpass that total as he stopped 50 shots in tonight's game. The 50 saves are the second-most Pritchard has recorded in a game in his Generals career.

The Generals are on the road next weekend when they travel to Bremerton to face the West Sound Warriors for two games. Fans can follow next weekend's action on Pointstreak or Fast Hockey.