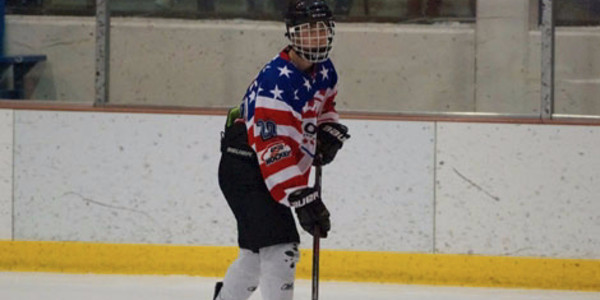 By signing a tender with Eugene, Thornton has agreed to play for the Generals in the Northern Pacific Hockey League.

A 5-8, 170 lbs. forward, Thornton is another local player from Eugene to sign a tender with the team. Last week, defenseman Nikolas Fort, another homegrown player, tendered with the Generals.

Having played hockey since he was eight, Thornton started playing with the Eugene Junior Generals at a young age. He recently spent time with the Willamette Valley Wolfpack hockey team.

Even though this upcoming year will be Thornton’s first season of competitive junior hockey, he is no stranger to the Generals organization. Last season, Thornton was a member of the Generals’ practice team, which he acknowledges should benefit him moving forward.

“It was good getting to know the team and gain that experience,” Thornton recalled. “The practices were a lot faster than what I was used to, but that’s helped me become more confident going into next season.”

Despite being so young at the age of fifteen, Thornton talked about how his size should provide a boost for the Generals right away. “I try to use my size to my advantage and hit hard out there,” he explained. “I won’t be afraid to go up against guys who are bigger than me.”

Working with Thornton in practices throughout last season, Generals Head Coach Justin Kern expects him to be a contributor to the team this year.

“I like Jack a lot as a player,” commented Kern. “He has a stalky frame so he’s really hard to move around, which will help him as a young player being able to hold the zone. He has a pretty good skill set, a couple of things we can help him improve on, but I think he’s going to do a real good job playing his role on the team. I think he’ll be successful next season.”

Thornton will be at the Generals Main Camp in the middle of August, where he will be skating alongside returning Generals players as well as new players who hope to make the roster.