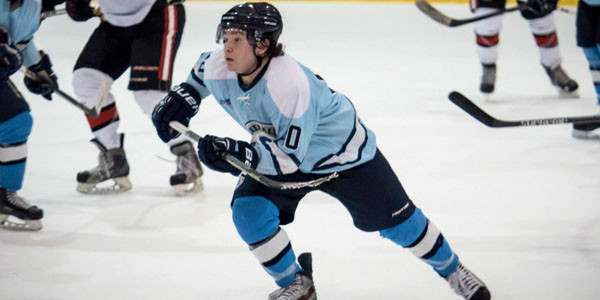 The Generals’ eleventh season is well underway, with players already reporting back to Eugene after the team’s Main Camp back in August.

The team began their practices on Monday, with players working hard and preparing for their first game in three short weeks.

On Friday, September, 25th, the Generals will begin their eleventh regular season in the Northern Pacific Hockey League (NPHL). The Generals will travel north to face the Seattle Ravens, the expansion franchise in the NPHL, for a pair of away games that weekend.

After kicking off their regular season schedule against Seattle, the Generals will hold their home opener at the Rink Exchange on Friday, October 2nd versus the reigning NPHL champion West Sound Warriors. The two teams also square off against one another the following night on Saturday, October 3rd. Both games begin at 7:35pm.

While a majority of the home games will be Friday and Saturday nights at 7:35, the Generals will host two Thursday games during the season: one on December 10th, the other on January 28th. The two aforementioned Thursday night hockey games start at 6:05, with the Generals hosting the Wenatchee Wolves in both contests.

February will be a particularly busy month at the Rink Exchange for the Generals. Of the team’s eight games during the shortest month of the year, six are at home. During the first two weekends of February, the Generals will host the Ravens on February 5th and 6th, followed by a visit from the Bellingham Blazers on February 12th and 13th. The Generals close out their home schedule on February 26th and 27th, both against the Wolves.

The Generals end their regular season the following weekend with two more road games, both in Wenatchee, on March 5th and 6th. After the season concludes, the top four teams in the league move on to the NPHL playoffs, where each team will compete to hoist the Cascade Cup.

Fans can also look forward to special event nights that will be occurring throughout the season. The Generals will don the popular pink jerseys once again as part of the team’s Breast Cancer Awareness night on Saturday, October 24th against the Tri-Cities Outlaws. In addition to the pink jerseys, the Generals will also wear military jerseys for the team’s Military Appreciation Night on Friday, November 13th versus the Blazers. Stay tuned for other special event nights, including a Blood Drive and Fan Appreciation Night amongst others that will be going on throughout the season.

Tickets for Generals home games are on sale NOW. Fans can purchase single-game or season tickets, as well as a new five-game flex package. With a five-game flex package, fans do not have to decide which games to attend at the point of sale. Instead, fans can simply show up to any five games they wish to go to.

For those who are unable to attend any Generals home game, the Eugene Generals Hockey Network (EGHN) will broadcast each game for free. EGHN Executive Producer and Associate General Manager Alex Stimson will be the host of each home game and provide play-by-play coverage as well.