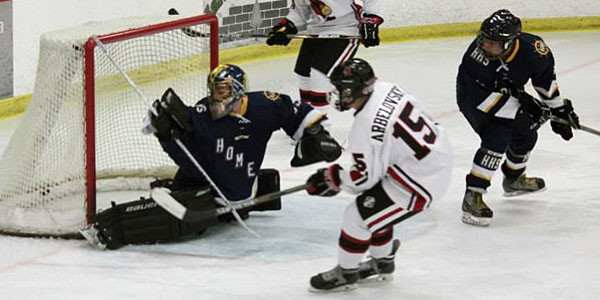 The Eugene Generals have officially tendered another player for the 2015-16 season, Cody Arbelovsky from Alaska.

By signing a tender with the team, Arbelovsky has agreed to play for the Eugene Generals in the Northern Pacific Hockey League during the 2015-16 season.

From Kenai, Alaska, Arbelovsky, 17, is the fifth official tender for the Generals during their busy offseason. A 5-9, 165 lbs. center, Arbelovsky will enter his first full season of junior hockey after spending last year playing for Kenai Central High School. During his time with his high school team, Arbelovsky stepped up as one of the leaders for the Kardinals, where he was named captain during his junior year.

Along with playing high school hockey in Alaska, Arbelovsky also spent time with the Kenai Peninsula Hockey Association (KPHA) U16AA Ice Hawks. He was a member of a KPHA Ice Hawks team who in 2013 travelled to Michigan for the Tier II U16 National Championships. During the tournament, Arbelovsky and the KPHA Ice Hawks reached the quarterfinals before losing to the eventual champion Greensboro Stars.

In terms of his skill set, Arbelovsky described himself as a versatile player who sees the ice very well with great vision. “I like to play a two-way game, skating all over the ice,” he explained. “I also facilitate and move the puck up to look for the best scoring opportunity.”

As far as his goals this season and beyond, Arbelovsky expressed how he hopes to improve as a player in hopes of one day playing at a higher level. “I’d like to develop into a better player, fix any flaws, and contribute to the team as much as possible this year,” Arbelovsky elaborated. “Hopefully one day I can play in the USHL (United States Hockey League) or somewhere in college.”

Arbelovsky also talked about his relationship with Forward Baxter Cox, who joined the Generals midway through last season. Growing up together in Kenai, the two have known each other since kindergarten and have remained best friends since then. Now that Arbelovsky and Cox will be reunited and skating together in Eugene once again, Generals Head Coach Justin Kern hopes, “they will still have some of that chemistry.”

Coach Kern, also originally from Alaska, is excited about how Arbelovsky can contribute to the Generals as a 17-year old entering his first year of junior hockey. “Cody is a young player who brings a lot of skill. He has great hands and can bring a nice offensive touch. As a younger player, I’m hoping that he will be ready to contribute right away.”

Arbelovsky will be in Eugene for the Generals Main Camp, which begins in a few weeks on August 15th.