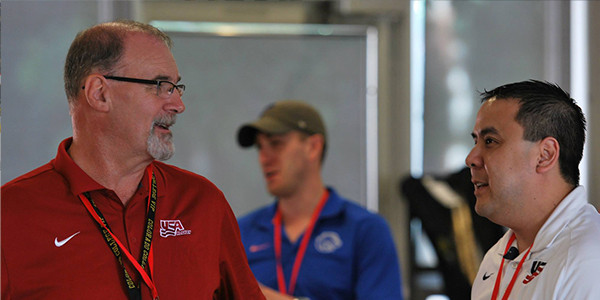 For the second time this summer, the Eugene Generals front office staff hit the road to serve USA Hockey, this time serving at the Western Regional High Performance Camp at Colorado College in Colorado Springs.

This past week, three of USA Hockey’s regional districts – Pacific, Rocky Mountain and Northern Plains – joined together for a fourth time to hold the Western Regional High Performance Camp, a nearly week-long camp that includes over 200 players born in the 2001 birth year across those three aforementioned districts..

Flint Doungchak, General Manager of the Eugene Generals, served as Co-Director of the WRHP Camp and was once again thrilled with how the week of camp went. “These three districts came together to develop a national camp-like experience that focuses on player development,” said Doungchak. “The idea was not only to prepare players for a possible 2015 camp bid, but to give many of them their first advanced and high performance camp experience.” 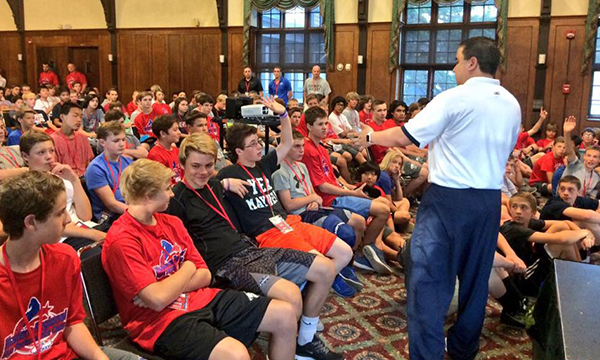 The six-day camp puts players in dorm rooms on the campus of Colorado College, one of the more prominent and historical NCAA Division 1 hockey programs in the country. For the entirety of the camp, players are assigned a roommate and a specific dorm hall with the rest of their teammates and coaches. Each day, players walk to-and-from the on-campus rink for practices and games, while also enjoying team-building activities throughout the campus and enjoying all meals at the CC cafeteria. “The primary goal of this camp,” says Doungchak, “is purely to inspire players to do more. We want to ignite their interest and spark a work ethic, a desire for education, and a willingness to have the type of character that is required to be a great hockey player. This camp is all about educating players on the options and pathways for player development.”

In addition to practices, games, team building activities, and meals, players are also offered various presentations that cover topics such as nutrition, strength and conditioning, opportunities in college hockey, and the options available throughout midget and junior hockey. Perhaps the highlight of the week was a trip to USA Hockey headquarters where players were personally welcomed by hockey legend and 2014 USA Hockey Hall of Fame inductee, Lou Vairo. Players were given an all-access tour of the facility before then being escorted across the street to the home of the Colorado College Tigers hockey team. There, at Broadmoar World Arena, the players enjoyed an inside look at the spectacular facilities that a big-time D1 program like Colorado College enjoys.

For many players, it was their first time being at a camp this far from home and with this many high-level players, so it offered them an opportunity to compete against some of the best players in the country at their age. However, despite the seemingly intimidating circumstances, each team quickly came together and found their chemistry, developing friendships and memories that will undoubtedly last a lifetime.

Alex Stimson, the Associate GM for the Generals who was also called upon to work at the WRHP Camp, echoed those same statements from Doungchak. “Obviously, it’s a tremendous honor anytime you don the red, white and blue for USA Hockey,” stated Stimson, “but it was particularly special for me being called back for a second time. Previously, I got an opportunity to work at the Pacific District Boys Select Camps down in San Jose, and that was one of the best hockey experiences of my life. This past weekend, however, blew everything else out of the water. Getting the chance to be the Team Leader of Team Black at this year's camp was an incredibly rewarding and fulfilling experience for me. It was a truly wonderful weekend meeting and working with some amazing people that absolutely love the game.”

However, despite the WRHP Camp wrapping up this past Thursday, the Generals’ work for USA Hockey is far from over. Immediately following the conclusion of the WRHP Camp, Doungchak bordered a plane from Denver and flew directly to Buffalo, New York where he operated as the Head Team Leader at the USA Hockey 17 National Player Development Camp. Int he future, Doungchak and Stimson may be called upon to return to Buffalo and serve at the 16 and/or 15 National Player Development Camps.