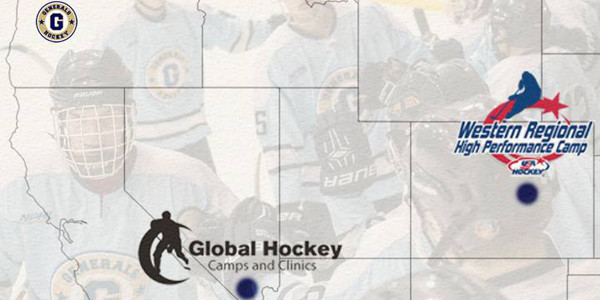 The Eugene Generals staff will be busy travelling next week, going to Nevada for the Global Las Vegas Hockey Camp and Colorado for the 2015 USA Hockey Western Regional High Performance Camp.

At the Global Las Vegas Camp, players from all across the country will showcase their skills and talents in front of coaches and scouts from different leagues and levels. There will be coaches and scouts from other Tier III leagues, along with those from Tiers I and II, as well as NCAA Division I. Lasting from Monday, June 22 to Thursday, June 25, the camp will take place entirely at the Las Vegas Ice Center.

Global Vegas is one of three camps for the Global Hockey Camps and Clinics, with the other two already happening in Vancouver and Chicago. This is the tenth year the camp has taken place in Las Vegas.

Generals Head Coach Justin Kern will fly out to Las Vegas and scout players attending the camp. Having travelled extensively throughout the country this offseason, Coach Kern will now travel to Nevada for the Global Vegas Camp he attended at this time a year ago.

Held at Colorado College, the camp will consist of top Select 14 age level players (born in 2001) from the aforementioned USA Hockey districts, where they will be tested with activities on and off the ice. The annual event is attended by some of the most renowned coaches and managers throughout the country.

Last month, Stimson attended the Pacific District Player Development Camp in San Jose, where he was a team leader for a Select 15 group of players. He looks forward to going to another USA Hockey event where similarly to the San Jose camp, he will serve as a team leader for one of the Select 14 teams.