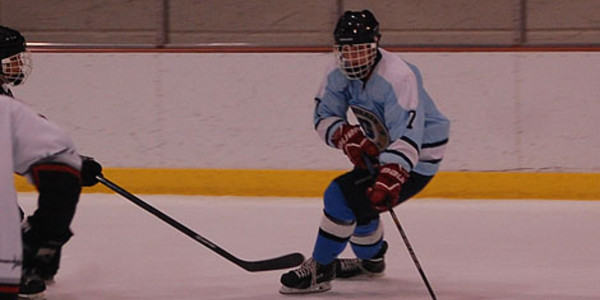 Tri-Cities was able to get an early advantage with two first period goals. Tyler Thorn recorded a power play goal at 3:27, and Marc Marleau scored his first goal of the season at the 18:41 mark.

Five minutes into the second period, Kyle Ruchas got the Generals within a goal when he connected for the team’s first score of the night. The Gomez brothers, Daniel and Dustin, each had an assist on the play.

The Outlaws would not relinquish the lead as they scored twice in the second period. Adam Shimamoto scored at 7:01 while Helms tallied his first of three goals at 14:06 of the frame.

At the 1:20 mark of the final period, Baxter Cox notched his first goal in a Generals uniform. Jared McDaniel and Dustin Gomez assisted on Cox’s first score of his junior hockey career.

Despite a whopping 28 shots on goal throughout the third period, the Generals could not keep up with the Outlaws on the scoring sheet. Tri-Cities scored the last three goals of the game, coming from Tristain Swanson and Helms, who connected two times in the frame to complete the hat trick.

The final score was not indicative of the shots on goal totals for both teams. The Generals nearly doubled the Outlaws in that category, outshooting them 61 to 34. Brad Donaldson of Tri-Cities made save after save, stopping 59 of the 61 shots faced.

Tomorrow night will be the last home game for the Generals of the regular season. Fan Appreciation Night will also be tomorrow, with prizes and giveaways, including posters to the first few hundred fans. Fans also have the opportunity to get their posters signed by the Generals after tomorrow’s game. Tickets are available online at the team's website or by visiting the team's ticket office at the Rink Exchange.