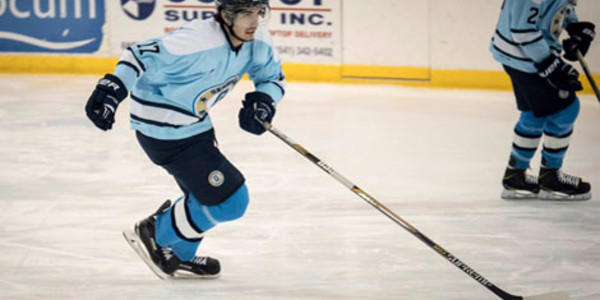 After having last week off, the Generals return to the ice with five games left in the regular season, all away from home. Trailing the fourth-place Icehawks by six points in the standings, the margin for error is extremely small for the Generals who are trying to reach the playoffs for the tenth consecutive year. With six points available this weekend, the Generals will try to capitalize on the opportunity to gain significant ground in catching Cheney for the fourth and final playoff spot.

If the previous games are any indication, the contests between Cheney and Eugene on Friday and Saturday can go either way. Having played each other six times already, both teams have split the season series with three wins apiece. In addition, the Generals and Icehawks have each won one head-to-head game in a shootout, with both of the shootout wins coming on each team’s respective home ice. Thus, the head-to-head records for both teams against one another is 3-2-1.

The games between the Generals and Icehawks will also feature two goalies who have recorded the most saves in the league this season and faced the most shots. Generals Goalie Daniel Spencer has the most saves in the league, stopping 895 of a league-leading 1,121 shots against. Austin Borchert of Cheney has also faced his fair share of opposing shots, recording 754 saves on 842 attempts.

In the six games versus Cheney, the Generals have seen contributions from multiple players. Forward Marks Mezsargs has seven points (two goals, five assists) versus the expansion Icehawks while Buddy Dale, Daniel Gomez, and Kyle Ruchas have all recorded four points. Spencer has also played well in net, compiling a 3-1-1 record against the Icehawks while recording 147 saves for a save percentage of 89.1%.

On Sunday, the Generals will travel to Kennewick, Washington to play an Outlaws team who is enjoying their role as the spoiler. The Outlaws visited Eugene almost two weeks ago for a pair of games at the Rink Exchange, the last time the Generals played. In the first matchup of the weekend, the Outlaws played the aforementioned spoiler role as they knocked off the Generals 7-2. The Generals responded the next night with a 6-2 victory in their last home regular season game; Buddy Dale had a breakthrough performance during the game with his first career hat trick.

Through their first seven regular season meetings, the Generals have compiled a record of 5-2-0 versus the Outlaws. During those games, several players have contributed to those five wins. Ruchas has ten points (six goals, four assists) when playing against Tri-Cities this season, including a hat trick back on November 21. Mezsargs and Dale each have recorded eight points versus the Outlaws, and Addison Wells has tallied seven points.

Friday’s start time at Cheney has been changed and will now start at 2:35 in the afternoon; Saturday’s game will have the original start time of 7:00 at night. Neither game will be broadcasted on EGHN nor Fast Hockey. Fans can follow the action against Cheney on Pointstreak or through the Generals’ Twitter account.

The Generals-Outlaws game on Sunday will have a start time of 7:35. Fast Hockey will broadcast the game, and Pointstreak will have live updates as well.