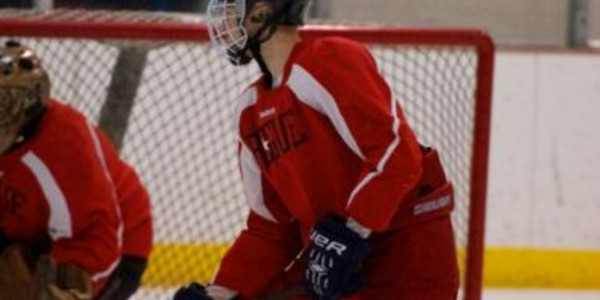 Eugene, OR. - The Eugene Generals have officially tendered defenseman Nikolas Fort for the 2015-16 season.

In addition to playing for the Wolfpack, Fort also spent time last season as a practice player for the Generals. He hopes that his experience on the practice squad will be instrumental in his development with the team this season.

Head Coach Justin Kern looks forward to having Fort back with the team, now as a full-time player. Kern talked about how he can be an asset to the Generals, who are entering their eleventh season of hockey.

“He’s a young player, but he’s got the things you can’t teach like size,” elucidated Kern. “He’s got a really good shot and working with him in practice [last season] was a lot of fun.”

Kern also added that despite Fort’s being so young at the age of sixteen, he is more than capable of having success this season and beyond.

“I hope he can be a huge contributor as a sixteen-year old, which is tough, but I think he’s got the size and skill to be successful,” Kern elaborated. “Being so young, he’s got plenty to learn. I’m glad to get him into the system early so I can help him become the hockey player I think he can be.”

Fort will be in attendance for the Generals Main Camp in August, where the roster for the 2015-16 season will be determined.

For more information:
Ryan Colby
Director of Communications
Eugene Generals
This email address is being protected from spambots. You need JavaScript enabled to view it.
541-359-4154 ext. 207 (office)
425-233-0890 (cell)