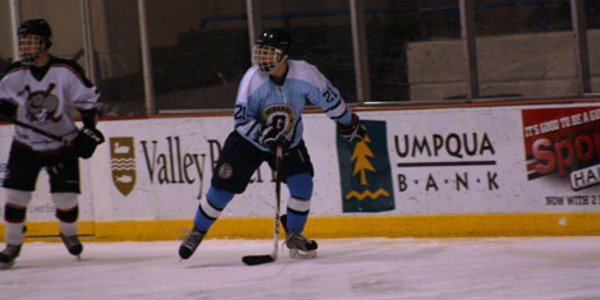 Unlike last weekend’s games which were decided by a goal, the Generals never trailed in Friday night’s contest. The Generals also outshot the Outlaws by a count of 51 to 32.

At 3:40 in the first period, Marks Mezsargs got the Generals out in front on assists from Dans Berzanskis and Cody Sizemore. Buddy Dale followed with his first goal of the season 16:01 into the period, the team’s first power play score of the night.

Tri-Cities countered with a goal of their own at 17:23 when Chris Helms put his team within a goal. Jason Hambelton and Aaron Questad assisted on the play.

Before the end of the first period, Berzanskis had his first goal of the night when Addison Wells and Connor Hoernlein assisted him. The third score by the Generals came at the 18:36 mark.

The Generals took complete control in the second period when they scored three straight times to increase their lead. Right out of the gate, the Generals scored just ten seconds in when Wells connected on a pass from Mezsargs. Buddy Dale then recorded his second goal of the night at 14:19, followed by a power play goal from captain Kyle Ruchas exactly two minutes later. Tri-Cities scored once in the period on a goal from Questad at 18:33.

In the third period, both teams went at it with a combined 39 penalty minutes issued. Despite that, the Generals scored twice to seal their second win of the season. Ruchas and Berzanskis each had their second goals of the game, which came at 3:54 and 9:22, respectively.

Generals Goalie Daniel Spencer played well in his first start of the year, stopping 30 of 32 shots from the Outlaws. Fourteen of his saves came in the first period of play.

The Generals and Outlaws will play each other once again tomorrow night at 7:35 at the Rink Exchange. Tickets are available online or at the team’s ticket office at the rink.