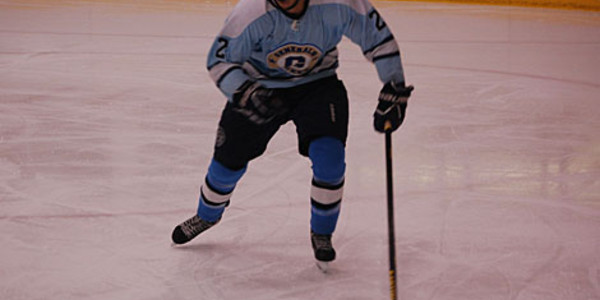 Due to the Generals’ Tenth Anniversary Gala this Friday night, the Generals and Warriors will play each other Friday at 1:35 in the afternoon. Saturday’s game will begin at 7:35.

The aforementioned Tenth Anniversary Gala will take place this Friday night at Valley River Inn, starting at 6:00. The event will bring together current Generals players and alumni, along with everyone who has made ten years of hockey in Eugene possible. The gala is open to the public, and tickets can be bought at the door for $25. The fee for $25 also includes tickets to both Generals games this weekend.

Last weekend, the Generals split the two-game series with the Wenatchee Wolves. On Friday, the Generals earned a 4-2 win in Justin Kern’s debut as Interim Head Coach. Despite being tied in the third period during Saturday’s game, the Wolves pulled away from the Generals and won 8-5.

This weekend will be the first time this season the Generals and Warriors face each other in Eugene. The two played each other on October 31 and November 1st in Bremerton, Washington with the Warriors taking both games. The Warriors shutout the Generals 7-0, then followed with an 8-1 victory the night after.

EGHN will broadcast both games live through the team website. Coverage begins fifteen minutes before each game, with Alex Stimson serving as host.