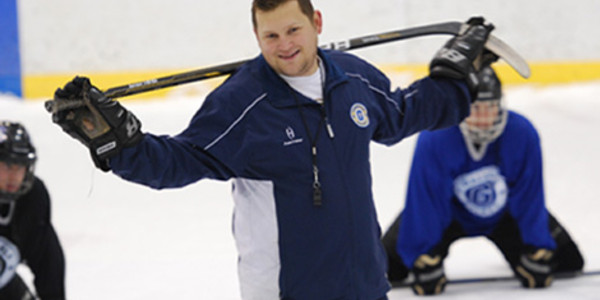 Eugene, OR. -The Eugene Generals are proud to announce the promotion of Justin Kern to the position of head coach.

Kern takes over as Head Coach having already spent a substantial amount of time with the organization on the ice, in the front office, and on the bench. A member of the very first Eugene Generals team, Kern played for the team from 2005 until 2007 after first being recruited by Head Coach Bobby Freeland at the Vancouver Global Showcase.

Born and raised in Anchorage, Alaska, Kern attended Concordia University in Wisconsin and graduated in 2011 with a bachelor’s degree in marketing. After working with the Generals front office during the offseason in 2010, Kern returned to the Generals full time as an assistant coach in 2013.

“I’m very excited for the opportunity,” expressed Kern. “I’m extremely grateful for everything the Generals have done for me in the past. I’m excited to get back to our roots and continue developing players on and off the ice.”

The Generals are currently fifth in the NPHL standings behind Wenatchee and Cheney, who are third and fourth, respectively. With two months left in the regular season, Kern’s goal for the Generals is to focus on the task of reaching the playoffs for the tenth consecutive season.

“It’s a tight race for the playoffs right now,” commented Kern. “There are three teams that could wind up third and fourth right now depending on how it plays out. I want to focus our players on showing up to work every day with that one singular goal in mind, to reach the playoffs and go from there.”

“As a member of the inaugural Generals squad, Kern exemplifies everything we want this organization to embody,” said Doungchak. “We have the utmost confidence in him as we move forward.”