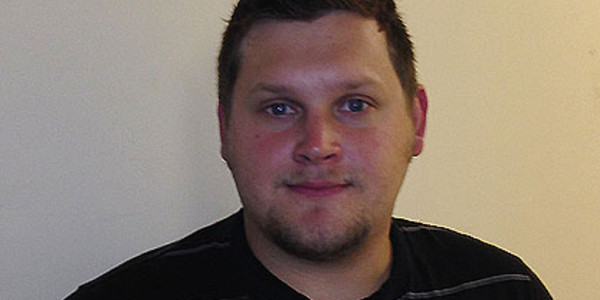 EUGENE, Ore. - The Eugene Generals have announced the hiring of Justin Kern as the new assistant coach.

Once a former player for the Generals, Kern joined the team in its inaugural year in 2005 and played until 2007. As a left wing, he amassed a total of 63 games in his two seasons and accumulated 20 points.

After his time with the Generals, Kern attended Concordia University in Mequon, Wisconsin where he earned his degree in Business Marketing. He has lived in the Milwaukee area for the past four years.

This will be Kern’s first coaching experience anywhere and is very excited to help out a team he once played for. Ultimately, he hopes to learn a lot as an assistant so that he can eventually become a head coach at some point.

With Generals Camp coming up next week, Kern is hoping to gain some quality players with a strong work ethic. “We are mainly looking for guys who are willing to work hard and dedicate themselves to win,” stated Kern

Kern also has high aspirations for the present and the future of the team. “Hopefully we can get a really good team out on the ice,” commented Kern, “and a really good group of guys that will hopefully lead us to Nationals this year.”

This will be the third stint where Kern has been involved with the Generals. In 2010, Kern was with the team where he was engaged in matters such as recruiting, business development, and front office operations.

“I’m really happy Justin is back with us,” acknowledged General Manager Flint Doungchak, “he was one of the original members back in 2005 and here at Tier III our whole purpose is overall player development. Justin represents what it’s like to play junior hockey, go to college, and give back to the game. So we are really happy to have him back in Eugene.”

Head Coach Jason Smith also expressed his excitement to work with Kern and what he expects out of his new assistant coach. “Some people are scared of the challenge, but he’s not. I expect him to ask a lot of questions and if he has an opinion, don’t be afraid to use it.”

Working as an assistant coach will not be the only area Kern focuses on. He will also be involved in corporate services for the Generals and helping out in the front office.

Kern is looking forward to gathering a great team once orientation starts for the Generals Main Camp on August 13th.