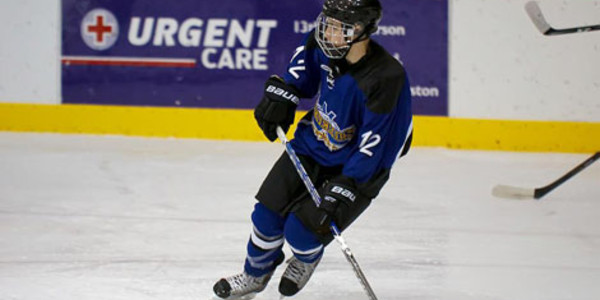 EUGENE, Ore. - The Eugene Generals have officially announced the initial roster for the upcoming 2013-2014 season.

In total, the Generals will have players from eleven different states across the country, from as far north as Alaska and as far east as New Jersey and Connecticut. There will also be two players, Dans Berzanskis and Benjamin Sera, from Latvia and Switzerland, respectively.

The Generals completed their Main Camp on Sunday after holding tryouts the previous week. New Generals Assistant Coach Justin Kern said they were looking for guys with more than just talent alone. “They’ve got to have a certain skill set but a big part of that is the ability to learn. If we see something in a kid that we know we can fix, we can turn him into a better hockey player and help develop him to the next level.”

Kern also expressed how encouraged he was based on the players’ performances in camp. “I like what we got going on. We have a lot of young guys, a lot of speed, and a couple of returning veterans to protect those younger guys and provide some valuable leadership.”

The aforementioned veterans include six players on last season’s roster. The returning Generals include Forwards Hunter Hartman, Connor Hoernlein, Caleb Margeson, Matt Walton, Defenseman Kyle Ruchas, and Goaltender Chris Boyd. Hartman was second on the team in points and broke Justin Adams’ team record for power play assists in a season with 26. Hoernlein enters his third year while Margeson and Walton each enter their second season of play in Eugene.

The Generals will enter the season with a revamped group of forwards. Former General Evan Carter returns to Eugene after spending the previous season as the captain of the Vancouver Vipers. The other new forwards joining the team include Berzanskis, Sera, Buddy Dale, Evan Hastings, Dawson Ledgard, and Justin Stoner.

Ruchas is the only returning defenseman for the Generals this season. He will be leading a new group of defensemen that includes Trevor Bowden, Jared McDaniel, Sam Orth, and Nathan Margeson. Nathan will be playing alongside his older brother, Caleb.

Although the Main Camp just ended, the Generals are still not completely done filling their 25-man roster. The team is currently looking to add more guys before the players report on August 27.