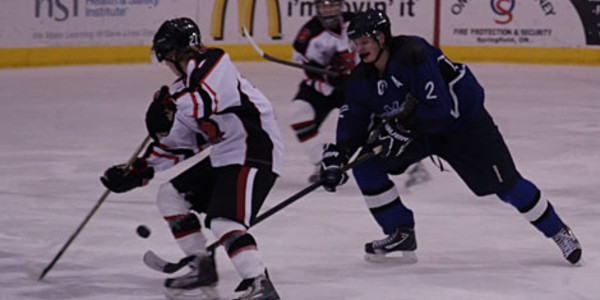 EUGENE, Ore. - The Eugene Generals will host the Bellingham Blazers for two exhibition games this weekend.

The two games will be played this upcoming weekend at the Rink Exchange on Saturday at 2:30 P.M. and Sunday at 8 A.M. Fans are encouraged to come watch both of the games and admission is free for everyone.

This weekend’s exhibition games will mark the first time the two teams have met since the first round of last year’s playoffs of the NORPAC Hockey League. The Bellingham Blazers swept the Generals in three games and went on to defeat the West Sound Warriors in five games for the Cascade Cup Championship.

The Blazers started out 1-8-1 before finishing third in the conference and eventually winning the NORPAC. They moved on to Nationals in Rochester, Minnesota before being knocked out in round robin play.

In the head-to-head matchups last regular season, the Generals won four of the nine games against their foes from Bellingham. Of those nine games, eight were decided by no more than two goals.

Although the regular season does not start for a few more weeks, both teams want to play hard and win. This weekend will also provide a learning curve for both clubs and help determine what adjustments need to be made before the regular season starts.