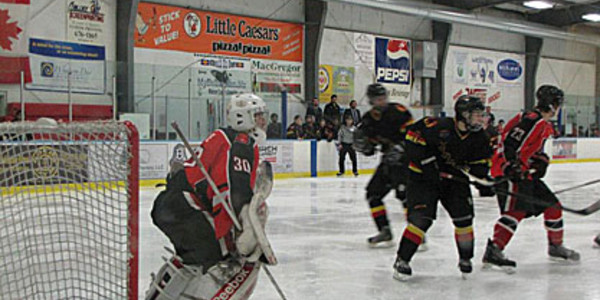 From Saugus, California, Foster performed well in the regular season, posting three shutouts and a .908 save percentage in 18 regular season games.

As good as he was in the regular season, Foster took his game to another level in the playoffs. In eight NORPAC Playoff games, Foster went 6-2 with two shutouts, a 1.92 goals allowed average, and a .945 save percentage to help the Blazers hoist the Cascade Cup.

The Generals will be happy to not have to face him anymore. In three playoff games against the Generals, Foster was dominant, allowing just four goals and saving 100 goals with a save percentage of .962.

Down 2-1 in the championship series versus the West Sound Warriors, the Blazers faced two elimination games and Foster was at his best when it mattered most. In Game 4, the Blazers were a goal away from elimination when they went into double overtime tied 4-4. Foster saved the season by stopping an astounding 70 shots, 36 of them coming in the overtime periods. In Game 5, he was 40 out of 41 in shots against to help the Blazers defeat West Sound 3-1 for the championship.

Foster and the Generals open up the season on October 4th at 7:35 PM when they host the Tri-Cities Outlaws at The Rink Exchange.