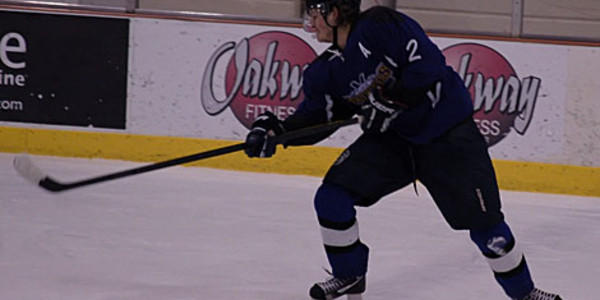 Eugene, OR - The Eugene Generals will host the Tri-Cities Outlaws (0-2-0) at the Rink Exchange on Friday Night for their opening night.

After not playing last weekend as the other teams in the league did, the Generals’ Friday night game will be the first—home or away—for the team as they begin their ninth season.

Five Generals’ players from last season will be playing in this game. Hunter Hartman, who set a franchise-record in power play assists and was second on the team in points, will be amongst the leaders of the team filled with a lot of younger players. Kyle Ruchas, Matt Walton, Caleb Margeson, and Connor Hoernlein will also be leaders as they return for another season.

A few weeks ago, the Generals played two exhibition games against Bellingham in Eugene, losing 5-4 and tying 5-5. The veterans had a huge impact in the games as Walton led the team in points with five (two goals and three assists) while Hartman and Hoernlein each had three points.

“I’m really excited for the season to start,” said Margeson, who is beginning his second season with the Generals. “We need to prove ourselves and to everyone else that we’re a good team and that we are going to be one of the top teams in the league.”

The Tri-Cities Outlaws come to Eugene having played two home games last weekend. Playing the defending champion Bellingham Blazers, the Outlaws scored three straight goals to open the game and led 4-3 in the third period, only to fall 7-4 in the end. Tri-Cities was shut out their next game by a score of 4-0.

In their two games, Forward Sheldon O’Neill led the team in points, scoring a goal and notching an assist for the Outlaws.

If you cannot come to the game, you can tune in to the Eugene Generals Hockey Network (EGHN) to watch the game live for free. EGHN coverage will start at approximately 7:20 PM, fifteen minutes before the game starts.