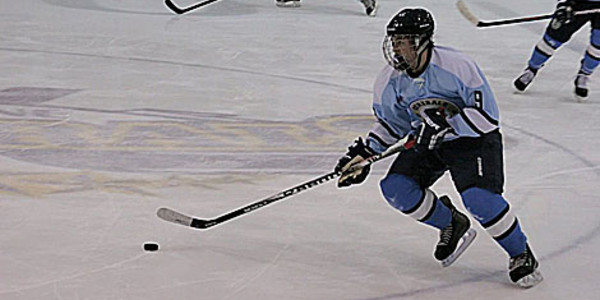 EUGENE, Ore. - The Eugene Generals will hit the road this weekend for a trio of games up north in the state of Washington.

On Friday and Saturday, the Generals will play the West Sound Warriors (4-0-0) for the first time this season. After that, the team will travel up to Bellingham to play a Sunday game versus the defending champion Blazers (2-2-0).

Last weekend, the Generals opened up the season when they played at home versus the Tri-Cities Outlaws. It was a hard fought battle as the Generals fell 6-4 to the Outlaws.

Although the team lost, there were some shining moments from Friday’s game. Matt Walton led the way with a goal and an assist while some of the new players made an impact. Erik Rosencrans scored a goal while Ben Sera, Justin Stoner, and Jared McDaniel each recorded an assist in their first games as Generals.

The West Sound Warriors have started out their season by winning its first four games. Ivan Bondarenko leads the team in points with fourteen (six goals, eight assists) while four other players already have double-digit points. Brantt Heble and Andy Williams lead the team in goals scored with seven apiece.

Last season, the Generals and the Warriors went head-to-head in some pretty intense battles. Overall, the Generals won the season series 6-3 against West Sound, including the last three meetings in which each of the games were decided by a single goal.

Meanwhile, the Bellingham Blazers, who knocked out both the Generals and the Warriors out of the playoffs last season, have split their first four games so far. Forward Cody Rich leads the team in points with ten (five goals and five assists).

Sunday’s meeting will also mark the return of Goaltender Cody Foster to Bellingham. Foster helped guide the Blazers to the Cascade Cup with his dominant goaltending, especially in the team’s two elimination games versus West Sound to help his team win.

About a month ago, the Generals and the Blazers squared off in two exhibition games in Eugene. Much like their previous meetings a year ago, the games were awfully close as Bellingham won the first 5-4 and the other game resulted in a 5-5 tie.

The aforementioned previous meetings from last season saw some serious seesaw battles. In their nine regular season games, Bellingham edged the Generals 5-4 with eight of those being decided by fewer than two goals.

The games against West Sound will each be played at 7:35 while the game at Bellingham will be during the day at 3:35.

The next Generals’ home game will be the team’s 9th Annual Breast Cancer Awareness Night when they host the Vancouver Vipers on October 19. Also, the Generals will be wearing their signature pink jerseys on this special night.