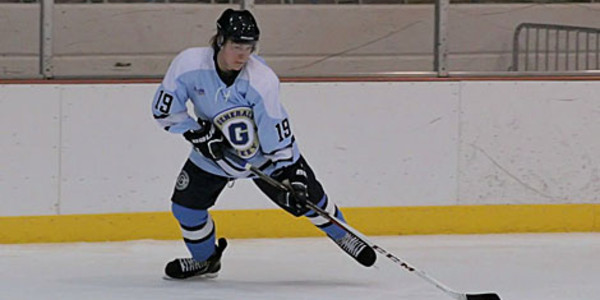 The Generals got off to a hot start to the game as they scored the first two goals in the first period. After that, the Warriors scored five unanswered for a final of 5-2.

Defenseman Sam Orth, playing in his first game in a Generals’ uniform, had the first goal of the contest at 10:28 on an assist from Connor Hoernlein and Evan Carter.

Shortly after, Hoernlein put the Generals up two on a shorthanded goal at 13:49. Carter helped out with his second assist of the game.

A little over a minute later at 15:09, Jimmy Morgan cut the Warriors’ deficit to one on a goal from Peter Mingus and Dylan Curtiss.

Not much action occurred in the second period until the 17:14 mark when Joe Glithero tied the game at two on assists from Aidan Knabb and Brantt Heble.

With just nine seconds left in the second period, Ivan Bondarenko scored on a power play to give the Warriors a one-score lead before intermission. Morgan and Mingus assisted on the goal for West Sound.

The Warriors increased their lead at 12:15 in the third period when Heble scored on the team’s second power play of the game. Like the previous goal, Morgan and Mingus had the assists once again.

With the goalie pulled for the Generals, Scotty Perkins of West Sound gave his team the final score of the game on an empty-netter as he was assisted by Gavin Nickerson and Andy Williams at 19:49.

The Generals had more than twice as many penalties as West Sound with eleven compared to their five. The Warriors scored twice on their power plays while the Generals could not score on five power play tries.

The Generals will play their second of two games at West Sound tomorrow night before closing the weekend by travelling to Bellingham for a Sunday matinee.