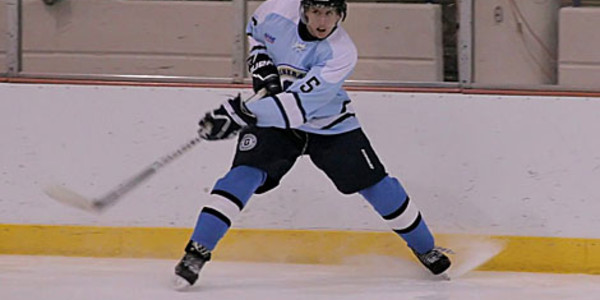 This was the team’s third game in as many days as they travelled up to West Sound before heading to Bellingham for a Sunday game.

The Generals scored first at 8:03 into the first period as Matt Walton recorded his second goal of the season. Dans Berzanskis notched the assist to give the team a one-score advantage.

At 15:34, the Blazers tied the game at one with a goal from Nick Scherbinin and assists from Kristjan Toivola and Ty Hubbard.

About a minute later at 16:41, Cody Rich gave the Blazers their first lead of the game when he connected for his eighth goal of the season. Mason Wade was there on the assist for Bellingham.

The second period did not see any scoring action as neither squad could take advantage of multiple power play opportunities.

Things turned south for the Generals in a hurry once the third period started. The Blazers scored three times within the first 3:11 of the third period as Mickey Turner, Dawson Quint, and Sasha Perron each had goals to quickly increase the lead to 5-1.

The Generals countered by scoring a goal of their own at 5:27 when Berzanskis put one past the goalie to trim the deficit to three. Walton and Evan Carter recorded assists on the play.

Bellingham responded by scoring the final three goals of the game for an ultimate final of 8-2. Richard Prekop scored twelve seconds after Berzanskis’s goal while Wade and Gerin Hohl secured the lead with the last two scores.

The Generals will take a break from games until Friday when they travel to play the Vancouver Vipers.

On Saturday, the Generals will host their 9th Annual Breast Cancer Awareness Night when they host the Vipers in their traditional pink jerseys.