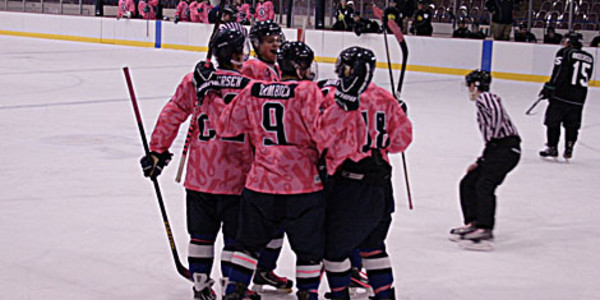 The Generals will travel to Vancouver on Friday before coming back home to host the Vipers in their pink jerseys on Breast Cancer Awareness Night.

Both teams are still in search of their first wins of the season. Last week, the Generals played three road games in three consecutive days, losing two at West Sound and one at Bellingham. The Vipers, meanwhile, lost at Bellingham before losing at Tri-Cities.

Each team has spent a majority of their games on the road thus far as both have played just one home game. The Generals and the Vipers will be glad not having to spend a lot of time travelling this weekend.

Through the first four games, the Generals have multiple players tied in scoring for the team. Connor Hoernlein, Dans Berzanskis, and Matt Walton each have two goals and two assists while Evan Carter has a goal and three assists.

On the other hand, the Vipers have mustered just two goals in their first five games of the season thus far. Cody Dettman, who led Vancouver in scoring a season ago, has scored both goals for his team while Erik Hayes has one of the assists on the scores.

Both teams will also try improving on their special teams as well. In the nine combined games the two squads have played, there has only been one power play goal, which was scored by the Generals. On penalty kills, the Generals are effective 78% of the time while the Vipers are successful 38% of the time, both ranking in the bottom two in the NPHL.

The Generals will be hosting their 9th Annual Breast Cancer Awareness Night this Saturday. For every ticket sold, the Generals will donate $1 to help fight breast cancer. In addition, the team will start the auction for the game-worn pink jerseys that will last for about a week with the net proceeds being donated as well.

When playing on Breast Cancer Awareness Night, the Generals have an overall record of 6-2 in the pink jerseys. The Generals defeated the Vipers 8-1 last season to improve on that record.

Come out and support a great cause by watching the Generals square off against Vancouver this Saturday at 7:35 PM at the Rink Exchange. If you cannot make it to Saturday’s game, you can tune into the live coverage on the EGHN broadcast starting at 7:20.