Generals dominate Vipers for first win of the season 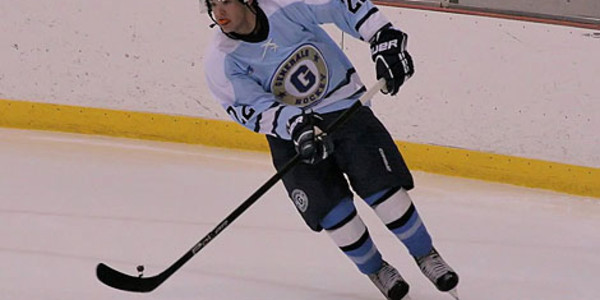 The Generals were dominate throughout the entire night, from scoring five goals in the first period to getting hat tricks from Ben Sera and Hunter Hartman.

At 1:58, Sera scored the first goal of the game on a power play to give the Generals the early lead. He was helped out on by assists from Jared McDaniel and Kyle Ruchas.

Within a minute span at 9:38 and 10:38, the Generals scored twice on goals from Matt Walton and Dans Berzanskis, respectively. Connor Hoernlein had the assist on Walton’s score while Hartman and Walton assisted on Berzanskis’s shot.

The Generals were able to score another pair of goals before the period ended. Buddy Dale recorded his first goal in a Generals’ uniform with an assist from Sera at 12:14. Sera scored his second of three goals at 19:29 on another power play, courtesy of passes from Evan Hastings and McDaniel, to go into intermission with a 5-0 lead.

In the second period at 0:20, the Vipers connected to cut their deficit to 5-1. Cody Dettman scored for the third time on the season, this time assisted by Cisco Yslas.

Hartman gave the Generals their two goals of the second period when he scored at the 5:48 and 9:17 marks. Both Berzanskis and Walton had the assists on Hartman’s two scores.

The third and final period was controlled entirely by the Generals, scoring four times from four different players.

Hartman and Sera completed their hat tricks at 4:55 and 10:21, respectively; Dale and Berzanskis assisted for Hartman while Ruchas and McDaniel helped on Sera’s goal, another power play.

On a shorthanded goal at 14:36, Hoernlein recorded his first goal of the game as Walton and Evan Carter, the Vipers’ captain last season, each had assists.

The final goal of the game was scored by Walton at 17:45, capping the Generals’ first win of the season. Hartman and Carter were there to help on Walton’s shot.

Overall, it was a complete team effort from the Generals as they were hot from the start. Six different players had goals while ten recorded at least a point. Daniel Spencer allowed just one goal on thirty-one shots from the Vipers.

The Generals and the Vipers will play again tomorrow night at 7:35, this time in Eugene. The game will also be the team’s 9th Annual Breast Cancer Awareness Night, with the players wearing pink jerseys to support the fight against breast cancer.