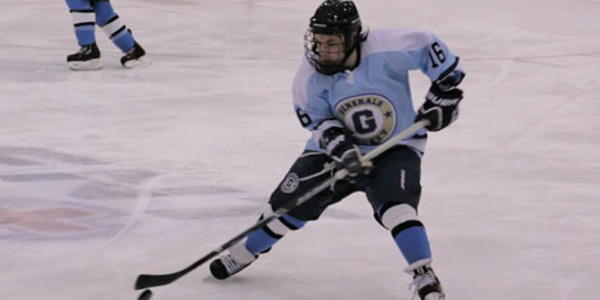 EUGENE, Ore. - The Eugene Generals (2-4-0) and the West Sound Warriors (7-1-0) will face off in a Friday night showcase at the Rink Exchange.

After losing its first four games, the Generals rebounded with two wins last weekend against the Vancouver Vipers, scoring seventeen times and allowing only four goals.

The Generals were dominant last Friday in their 11-1 win in Vancouver. Ben Sera and Hunter Hartman each had hat tricks while four other players had goals as well.

Wearing their pink jerseys last Saturday, the Generals broke through with four goals in the third period to give them the 6-3 win. Hartman had two goals and two assists while Dans Berzanskis and Matt Walton recorded three points each. Chris Pritchard won in his first start at goalie for the Generals.

Meanwhile, the West Sound Warriors played two games the previous weekend as well. They hosted the Tri-Cities Outlaws in a 7-4 win and lost a road test in Bellingham 5-3.

The Warriors had twelve different players record points in their Friday night win against the Outlaws. Peter Mingus had four assists while Ivan Bondarenko scored a goal and recorded two assists of his own.

Last Sunday, the Warriors suffered their first defeat of the season when they travelled to play the Bellingham Blazers during the day. Both teams went back and forth, with the game being tied at three going into the final period of play. The Blazers scored two in the period to give the Warriors their first loss.

The Generals played two games in West Sound a couple weeks ago. The Generals fought hard as they led by two goals in each contest, only to lose 5-2 and 4-3. Connor Hoernlein, Hartman, and Berzanskis scored in the games while Cody Foster and Daniel Spencer stopped 33 and 47 shots, respectively.

After their Friday showdown, the Generals will hit the road for five consecutive games on the road before coming home on November 15th to host a pair of games against the Warriors again.

Tickets for this Friday’s game are still available at eugenegenerals.com. Be here as the Generals try to win their third game in a row.