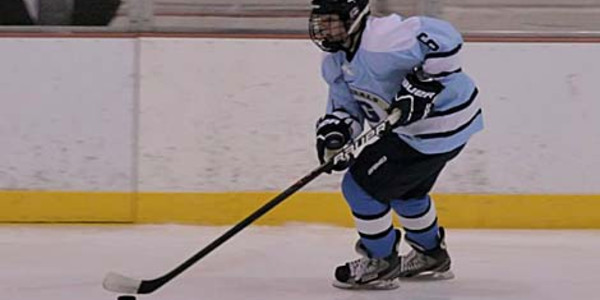 Mike Byers of West Sound scored the first goal of the game when he connected at 5:17 of the first period on an assist from Graham Collins.

In the second period, the Warriors increased their lead on a goal from Jimmy Morgan at 11:15. Peter Mingus and Brett Baker had assists on the play.

At 18:50, Mingus gave the Warriors a three-score lead when he connected for his second point of the game. Morgan and Baker helped out on Mingus's score.

The third period was when things started to get interesting as the Generals were able to trim the Warriors' lead. The Generals outshot the Warriors 16-9 in the final period and outscored them 3-1.

Connor Bambico had the first goal of the night for the Generals when he scored on a his second power play of the season at 6:39. Evan Carter recorded his sixth assist of the season on Bambico's goal.

Less than a minute later at 7:32, Hunter Hartman connected to get the Generals within striking distance of the Warriors. Dans Berzanskis and Matt Walton each had assists on the score.

Andy Williams of the Warriors gave his team an insurance goal at 10:17 when scored on a pass from Scotty Perkins.

On a power play at 13:09, Kyle Ruchas made it a one-score game again when he connected on his second goal of the season. Bambico and Berzanskis were there with the assists on the power play.

The Generals had a chance in the last minute of the game when West Sound was penalized for cross-checking. After multiple attempts to tie the game and force overtime, the Generals could not capitalize, sealing the Warriors' eighth win on the season.